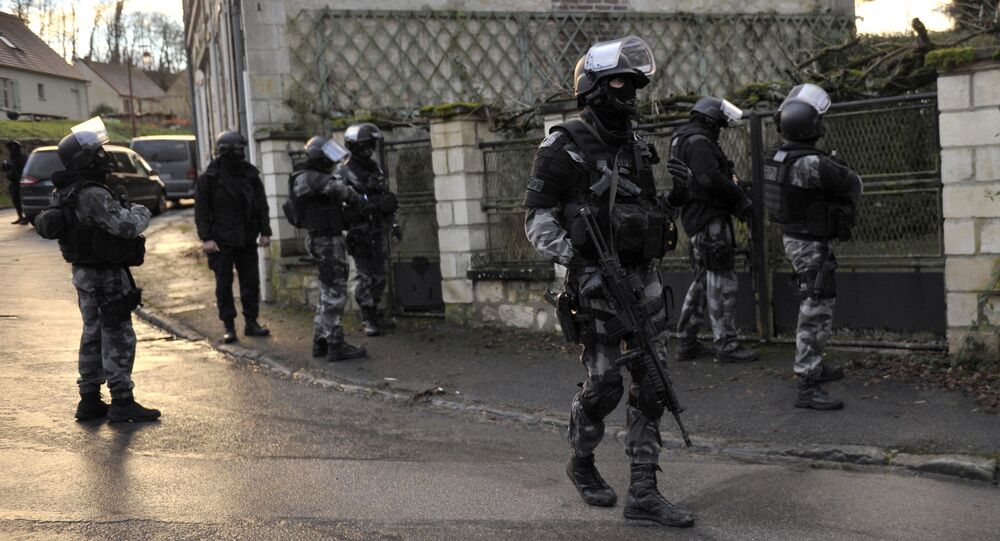 At least five people were arrested during a massive operation jointly conducted by special operations units of the French National Police and the French Armed Forces, according to Le Figaro.

“Officers from the General Directorate for Internal Security and the Central Directorate of the Judicial Police, acting under the request of magistrates of the Paris anti-terrorist center, carried out five arrests as well as several searches,” Cazeneuve said in a statement.

The detained, aged 26 to 44, are suspected of active participation in a terrorist network and recruitment of French youth into radical groups.

According to local media, some 20 residents of Lunel had left for Syria to join the fighting against government forces.

A similar anti-jihadist raid took place in Belgium, where three men were arrested in the town of Kortrijk, 6 miles from the French border, local media reported Tuesday, citing a source from the Prosecutor's Office.

France stepped up its counter-terrorism activities following a string of terrorist attacks that hit the Paris region in early January. Suspected Islamic extremists killed a total of 17 people in three separate incidents, each a day apart.

Alleged Leader of Jihadist Cell in Belgium Still on the Loose