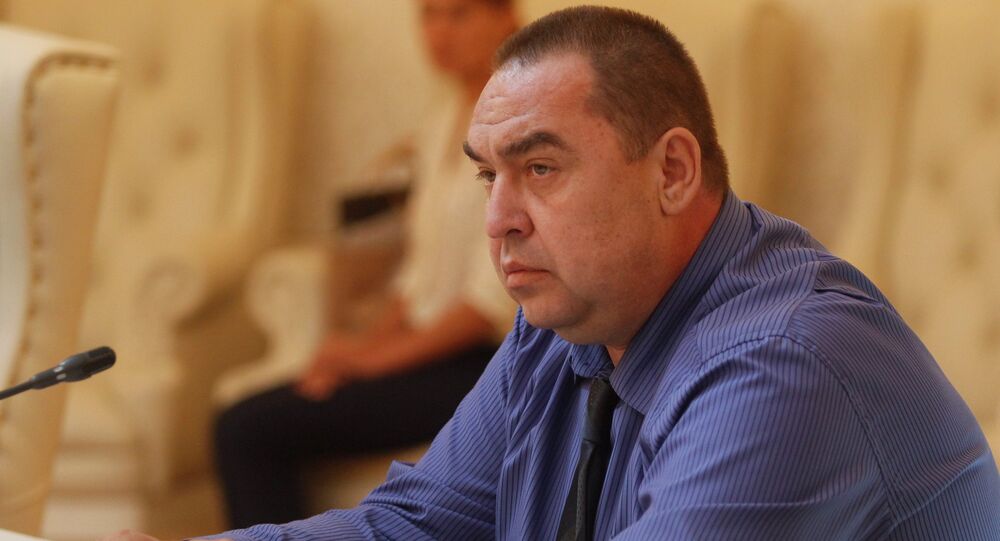 Officials from Kiev and the self-proclaimed Donetsk and Luhansk people's republics discussed a possible renewal of the Minsk Contact Group talks and the exchange of military prisoners.

© AFP 2021 / ANATOLII BOIKO
Putin Blames Kiev for New Violence in East Ukraine
LUHANSK, January 27 (Sputnik) – Representatives from Kiev and the self-proclaimed eastern Ukrainian people's republics of Donetsk and Luhansk (DPR and LPR) met in Donetsk to discuss the possible renewal of reconciliation talks by the Contact Group on Ukraine as well as the exchange of prisoners, LPR leader Igor Plotnitsky said Tuesday.

"During the meeting the possible renewal of the Minsk Contact Group talks was discussed, as well as the exchange of military prisoners," the Luhansk Information Center quoted Plotnitsky as saying.

The meeting was held on January 26 in Donetsk, where representatives from Russia were also present.

Earlier on Tuesday, Kremlin spokesman Dmitry Peskov said the preliminary talks had been held "in the context of offensive action of the Ukrainian side," adding that both the DPR and LPR viewed the prospects of the Minsk peace process with "extreme skepticism."

Ukrainian peace talks in the Minsk format have been held several times in the Belarusian capital with representatives from Kiev, DPR, LPR, Russia and the Organization for Security and Co-operation in Europe (OSCE).

Two Contact Group meetings held last September yielded a ceasefire agreement between the warring parties and a memorandum, stipulating an all-for-all prisoner exchange and the withdrawal of heavy weaponry from the agreed line of contact.

A Contact Group meeting was planned to be held in Minsk on January 16, but Kiev representatives were not present for the talks.

The military conflict in southeast Ukraine dates back to April 2014, when Kiev launched a military assault on local residents who refused to recognize the new Ukrainian government that came to power after a coup. Fighting continues in the region despite the Minsk agreements.