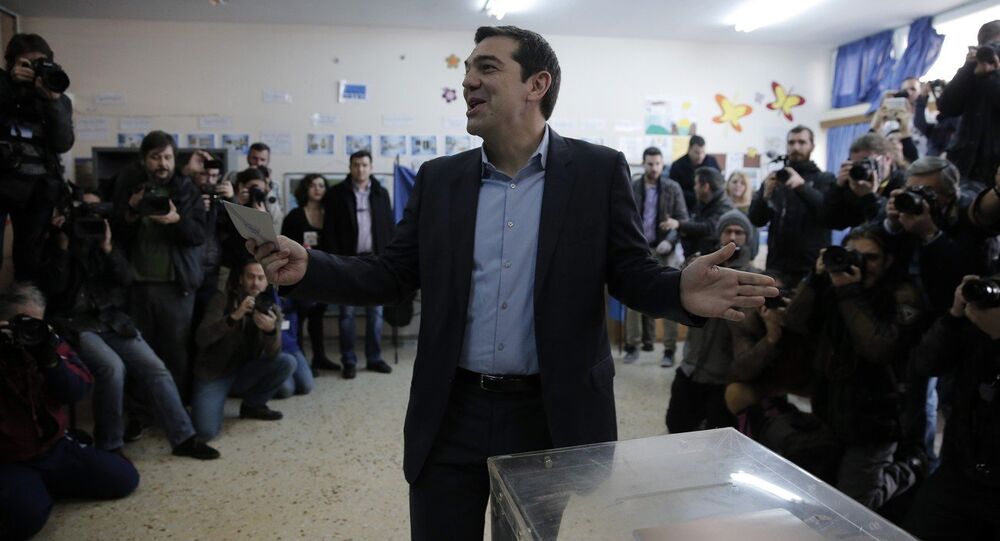 The UK Prime Minister’s office spokesperson says Greece must deal with its deficit and fulfill its international commitments, regardless of who is in power.

“The prime minister respects the decision of the Greek people. Greece needs to deal with its deficit and meet its international commitments,” – the spokesperson said.

© AFP 2021 / Louisa Gouliamaki
Who Is Syriza: Left Party Wins Greek Election, Promises to End Austerity
Syriza party, or the Coalition of the Radical Left, won Sunday’s parliamentary elections in Greece with 36.34 percent of votes. The party secured 149 seats, two seats short of a parliamentary majority. Syriza reached an agreement with the right-wing Independent Greeks party to form a government by creating a coalition.

In its pre-election promises, Syriza pledged to put an end to the country's painful austerity plan, and to resolve the issue of its debt of more than $300 billion with its EU partners.

Commenting on speculation about Greece exiting the Eurozone, Tsipras, the party’s leader, gave assurances that his party did not intend to take Greece out of the euro currency bloc.