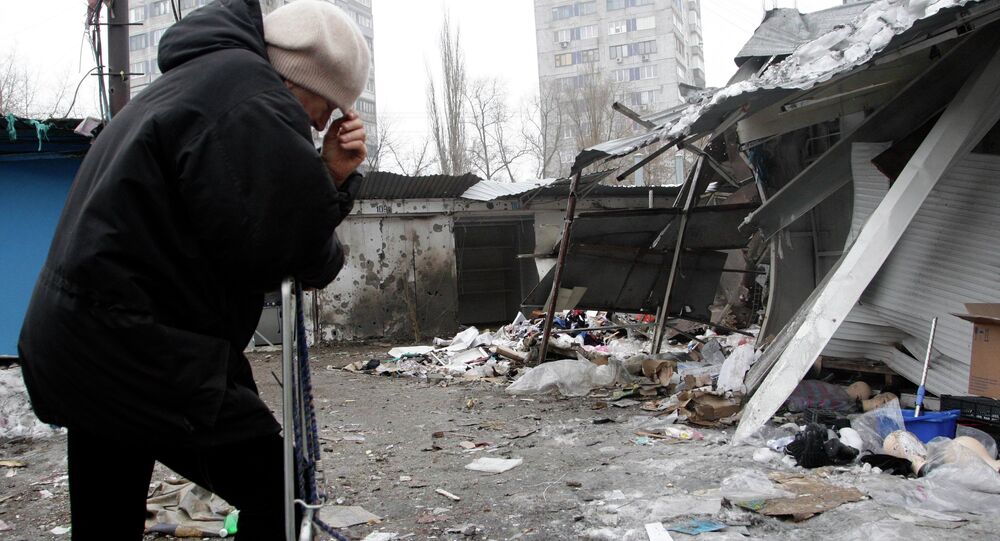 The Ukrainian government decided to introduce an “emergency situation” in Donbas, Prime Minister Yatsenyuk said. The measure is aimed at coordinating the authorities' actions and providing greater security for citizens.

The prime minister added that Kiev decided to heighten the alert level across the country. "The reason for making this decision is to completely coordinate the activities of all the powers of authority and provide security for the citizens,” he said.

The fighting in southeastern Ukraine's Donbas region has intensified in recent weeks, driving up the civilian death toll. On January 13, the shelling of a bus in the Donetsk Region town of Volnovakha killed 13 civilians. Last week, at least eight Donetsk residents were killed in a shelling of a trolleybus stop.

© REUTERS / Alexander Ermochenko
Mortar Shell Strikes Tram Stop in Donetsk Leaving 13 Dead, Dozens Injured
Mariupol, a southeastern Ukraine port city of almost half a million, came under fire on January 24. The shelling left 30 people dead and over 90 wounded, according to Ukrainian authorities. Kiev and pro-independence forces are blaming each other for the attacks.

The conflict in Ukraine has been ongoing since April 2014, when Kiev-led forces launched a military operation against independence supporters in the country's eastern regions.