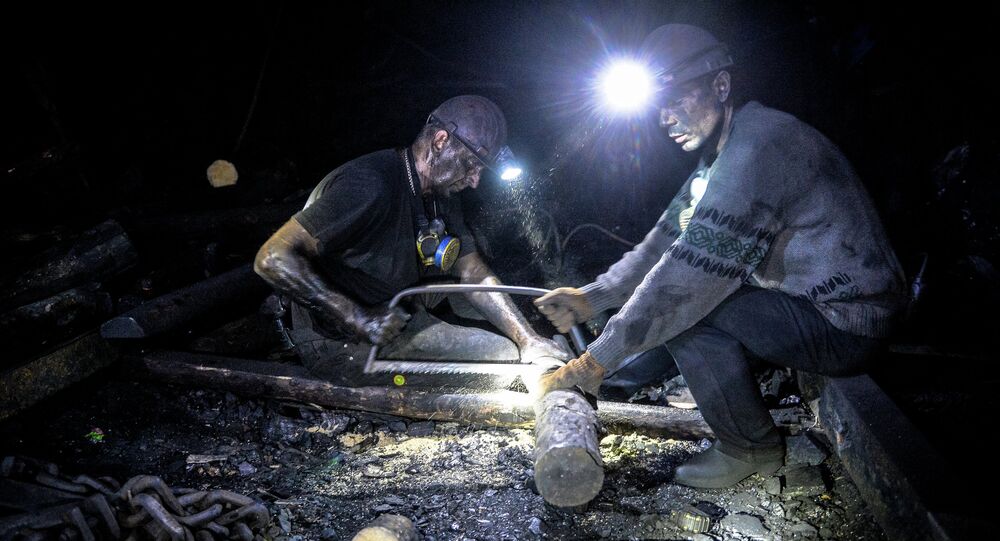 At least 110 miners were rescued while hundreds others remain trapped in a Donetsk mine after mortar shelling.

"A shell fell in the area of the mine, as a result electric power supply is disrupted… There is no threat of the mine flooding, evacuation of 110 miners has been carried out," the agency quoted Deputy Donetsk Militia Commander, Eduard Basurin, as saying.

Earlier it was reported that around 500 miners were trapped underground in eastern Ukraine near Donetsk after a mortar strike had left the Zasyadko mine without power, a source in the republic’s Emergencies Ministry said Monday.

"At around 12:00 [09:00 GMT] a [mortar] struck a power station that powers the Zasyadko mine, where there are currently 496 miners underground," the source said.

© AFP 2020 / STRINGER
American Soldiers Caught on Tape in Mariupol? (VIDEO)
There have been no injuries reported, the remaining miners are waiting to be rescued. The underground ventilation is operating correctly, according to the Ministry of Emergency Situations of the Donetsk People's Republic.