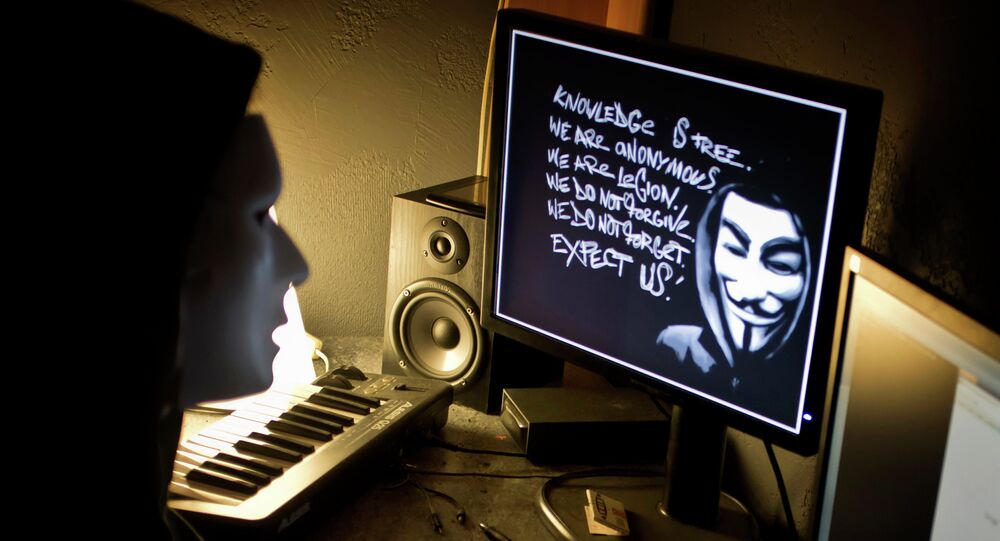 MOSCOW, January 24 (Sputnik) – The hacktivist collective Anonymous has announced it is turning its attentions to tracking down and bringing to justice pedophiles, in a project named Operation DeathEaters.

#Anonymous already leaked the names in the Dutroux files before. We need: pic.twitter.com/SiK0qxqFbV #OpDeathEaters

The Anonymous group, which explains that DeathEaters are "Members of a sociopathic society where the societal norms or culture are driven by sadism or sexual sadism disorder," first announced its anti-pedophilia project in November last year, when it called for investigation into “an international cult” of human trafficking and abuse, of which scandals uncovered by the British press are only the tip of the iceberg. The #OpDeathEaters twitter feed currently has more than 6,300 followers.

According to Anonymous, which serves as an umbrella organization for a number of hackers engaging in different projects, "only the UK understands the unprecedented hugeness of this story. We need more enquiries." In recent years reports have surfaced in the UK media of previously unreported pedophile activity involving members of the political class and entertainment industry.

© Flickr / Stian Eikeland
Hacktivist Group Anonymous Pledges to Avenge Charlie Hebdo Massacre
In the most recent revelations, on Wednesday, the Telegraph reported that a secret file kept in the 'PREM' Prime Minister file series from the 1980s detailing allegations of "unnatural sexual proclivities" being engaged in at the Houses of Parliament has been found at the National Archives, suggesting that then Prime Minister Margaret Thatcher may have been aware of the information.

Anonymous, a loose collective of hackers known for a series of hacking projects including charge card companies Visa and MasterCard and the US Department of Justice, lists in its website a number of vigilante "operations" it is currently undertaking, including Operation Charlie Hebdo against jihadists, and Operation Flying Edge, in support of the citizens of Kobane in Syria, currently under attack from IS militants.