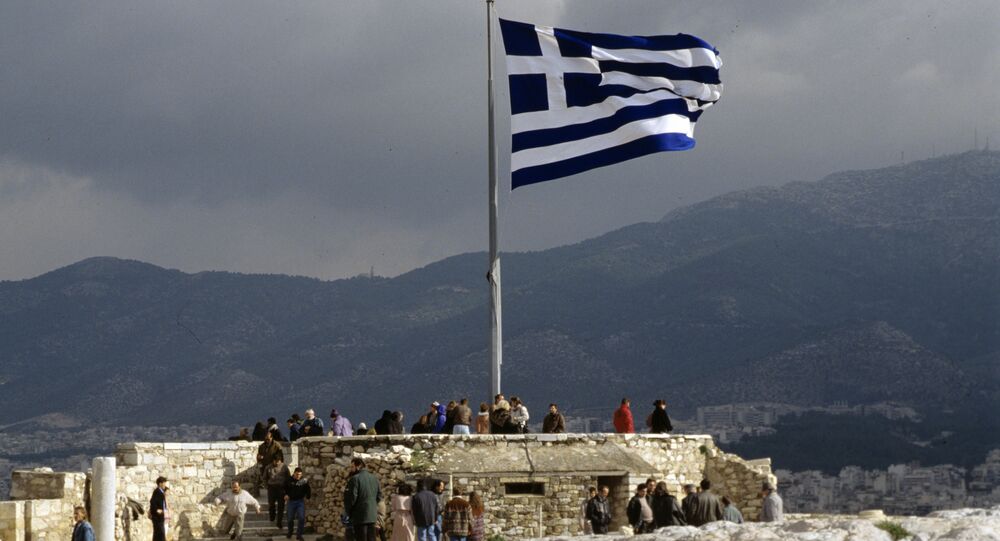 General elections will be held in Greece on Sunday, January 25, with the country's anti-austerity Syriza party expected to win.

MOSCOW, January 24 (Sputnik) – According to recent polls, the Greek leftist Syriza party, established in 2004, is likely to win the upcoming election, running six percent ahead of the incumbent New Democracy party.

To Potami party ranks third and is followed by Golden Dawn, KKE (Communist Party of Greece), PASOK and the less popular ANEL and Kinima parties.

Syriza's victory on Sunday would be a historic moment for the country as to date a radical left party has never won a parliamentary majority in Greece.

The party's political agenda focuses on revising the Greek bailout conditions, set by international creditors in exchange for multibillion euro loans to keep the government afloat.

© REUTERS / Marko Djurica
Greek Left-Wing Party Says No to EU Austerity Ahead of Election
On Thursday, Syriza's leader Alexis Tsipras vowed that if his party wins the election, it would put an end to the widely unpopular austerity measures imposed by EU bankers, including severe budget cuts and tax hikes.

Commenting on the speculations about Greece exiting the Eurozone, Tsipras gave assurances that his party did not intend to take Greece out of the euro currency bloc.

New Democracy is Greece's main centre-right political party. After winning the election in 2012, it currently has the majority of seats in parliament and is the leading party in the coalition government headed by Greece's incumbent Prime Minister, Antonis Samaras.

PASOK, or The Panhellenic Socialist Movement, is a social-democratic party led by Evangelos Venizelos, who has been serving as the country's Deputy Prime Minister and Minister for Foreign Affairs since June 2013. Last time the party won a parliamentary majority was in the 2009 elections.

A total of 250 seats of the parliament's 300 seats will be distributed through proportional representation and other 50 will be given to the party that wins a majority.

A three percent threshold is required to enter parliament.