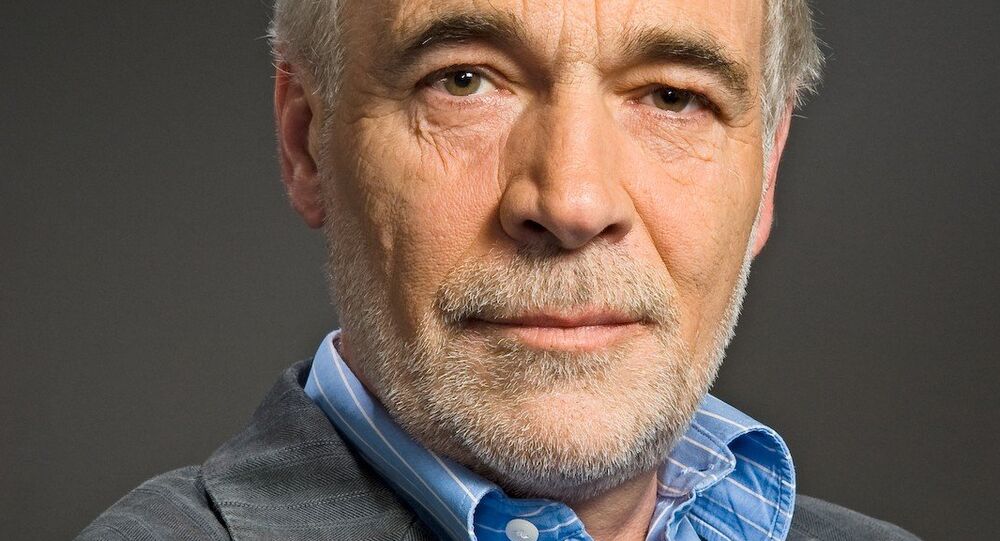 Economist Peter Havlik told Sputnik that European tensions with Muslims amid high unemployment and economic stagnation will share the stage with the issue of anti-Russian sanctions at the Davos Economic Forum.

© AP Photo / Michel Euler
World Economic Forum in Davos Aims to Pull Economy Out of Stagnation
MOSCOW, January 23 (Sputnik) — The top issues to be discussed at the Davos economic forum are the issues of Islamization in Europe, the conflict with Russia, Europe's economic stagnation and the recent rally of the Swiss franc, research economist Peter Havlik told Sputnik Germany.

"As a whole, Austria is one of the European countries which has been against sanctions from the very beginning, like Hungary, the Czech Republic, Slovakia, but also Italy, Greece and Cyprus," Havlik says, adding that it is difficult to predict the likelihood that sanctions will be reversed.

Havlik stated that the recent rally of the Swiss franc creates problems for countries which took out loans in the currency, although it may ease export competitiveness for the Eurozone as a whole.

© AFP 2020 / FABRICE COFFRINI
World Economic Forum in Davos: Facts And Details
"On one hand, the euro's weakening in relation to the Swiss franc positively impacts the European producers' competitiveness outside the Eurozone. On the other, there are problems with financing among individuals and entrepreneurs who took out loans in Swiss franc," the economist told Sputnik. "Other than Austria, a series of Eastern European countries are under the negative influence of the franc's revaluation. For example, Hungary and Poland."

Havlik also believes that the situation with minorities remains tense in Europe and is "becoming more complicated due to an unfavorable economic situation in Europe, high unemployment and economic stagnation."

Peter Havlik is a Research Economist and former Deputy Director at The Vienna Institute for International Economic Studies.