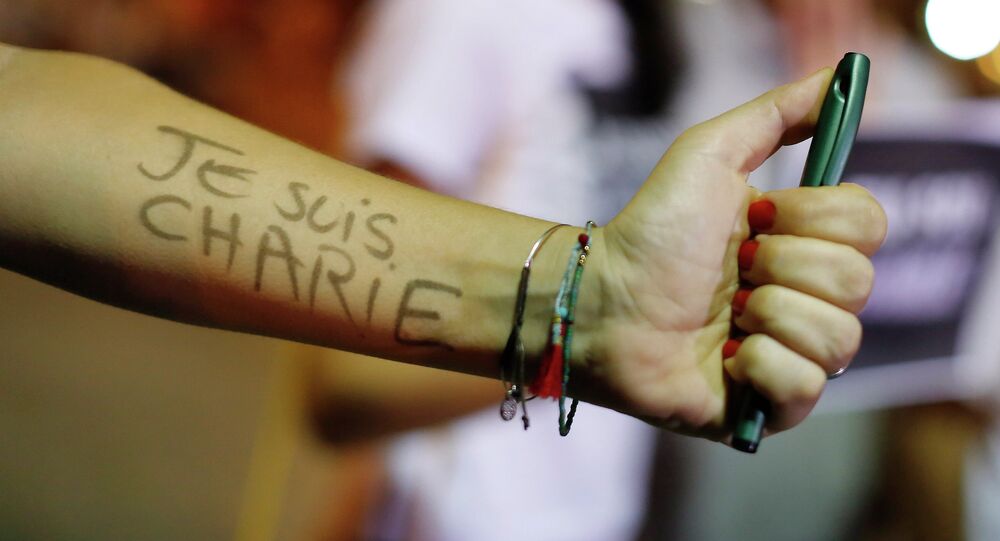 "We decided not to open our exhibition on Thursday morning insofar as it could raise the concerns of both museum staff and the residents of Louvain-la-Neuve," said Nick Rodwell, the director of the museum, as cited by Agence France Presse.

The Belgium museum, which is dedicated to the creator of Tintin, a classic comic book character, elaborated that the decision was made after consultations with police officials who were responsible for the investigation of an Islamist plot they prevented last week.

"The police presented us with the nature of the potential risks we need to be attentive to," the director stressed.

The exhibition was due to demonstrate portraits of the Charlie Hebdo cartoonists who were killed during the deadly assault on the headquarters of the satirical magazine on January 7, as well as some of their controversial caricatures of the Prophet Mohammad.

© REUTERS / Stringer
Belgium on High Alert Following Deadly Anti-Terror Raid
Belgian police authorities have been on high alert since January 15, when law enforcers carried out a series of counter-terrorism operations in the state aimed at containing a growing terror threat. According to intelligence sources, the suspected terrorist groups were planning armed assaults in which they would target police officers.
"The investigation <…> has shown that these people had the intention to kill several policemen in the street and at police commissariats [police stations]," Belgium prosecutor Eric Van Der Sypt was quoted by BBC News as saying.

The raids followed the Charlie Hebdo massacre, which resulted in 12 deaths. The perpetrators claimed the attack was carried out in retaliation for the publication of the Prophet Mohammad cartoons. According to the teaching of Islam, depictions of Mohammad are considered offensive for Muslims; contemporary Muslims find caricatures of the Prophet especially enraging. Predictably, the cartoons mocking Mohammad sparked controversy and even outrage among Muslim communities inside and outside the European Union.

It should be noted that Pope Francis strongly condemned the Charlie Hebdo massacre. However, the pontiff warned journalists and cartoonists against angering religious communities, noting that they would result in undesirable consequences.