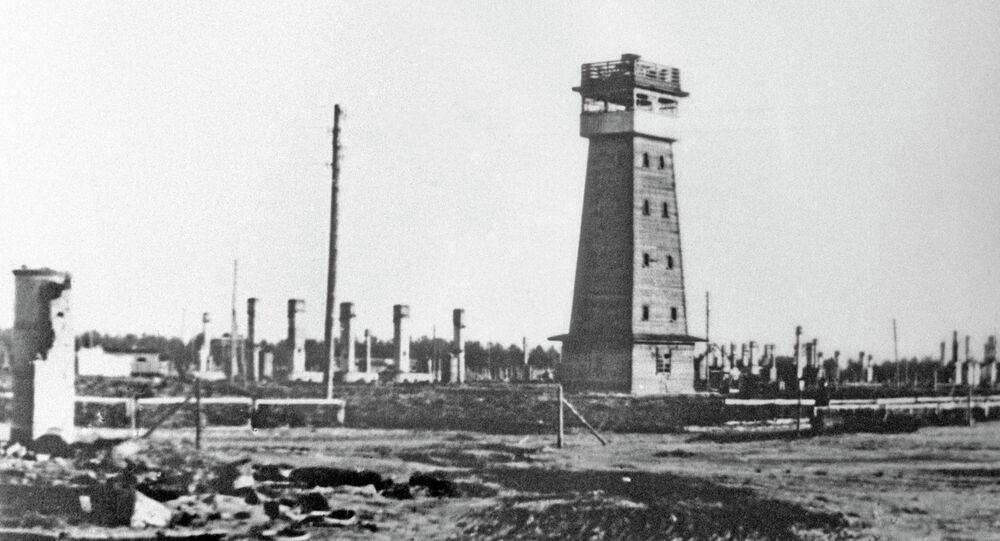 Olesya Orlenko, head of the international programs department at the Historical Memory Foundation, said that Latvia’s stance that the exhibition could harm the country’s image is "absurd."

"I believe that gestures like that, are part of the Soviet legacy that still exists in Latvia. Even though Latvia is part of the EU we are seeing that even now the country is led by people unable to overcome old prejudices. Avoiding hard questions is a sign of democracy weakness," said Olesya Orlenko, the head of the international programs department at the Historical Memory Foundation.

Orlenko said that Latvia’s stance that the exhibition could harm the country’s image is "absurd." "This is not normal practice for European countries… This is just an excuse, a political pretext that reveals the weakness of Latvia’s government," she said.

The exhibition titled "Hijacked childhood. Victims of the Holocaust as seen by the child prisoners of the Nazi concentration camp Salaspils (Latvia)" was scheduled to open at the UNESCO headquarters in Paris on January, 26.

© Sputnik / Y. Polyakov
Latvia's Permanent UNESCO Delegation Vetoes Holocaust Exhibition in Paris
Orlenko noted that the exhibition was a result of several years of effort by the Foundation’s team comprised of researchers, journalists and volunteers from Russia, Belarus, Latvia and France. The exhibition aimed to show that "World War II was an even greater ordeal than we can imagine today," and that even today some of the events of World War II and especially those that took place in the former Soviet Union are not well known. "The number of victims of Nazi punitive operations is unknown and their names are forgotten now," Orlenko said.

Olesya Orlenko stressed that the Historical Memory Foundation remains committed to hold the exhibition. "We are still working on the exhibition, work with our colleagues from UNESCO, choosing the venue for the exhibition and it will eventually take place," the organizer said.

By UNESCO's regulations Riga's approval was required for the event to be held in the organization's headquarters, as the contents of the exhibition are directly linked to events that happened in Latvia.

On Tuesday Alexander Dyukov, the head of the Historical Memory Foundation told RIA Novosti that the Permanent Delegation of the Republic of Latvia to UNESCO had cancelled the exhibition on the pretext that it would harm Latvia's image in the European Union.

However, a source at UNESCO told RIA Novosti that Riga’s decision was caused by the fact that a Russian citizen declared "persona non grata" in Latvia was one of the members of the exhibition's scientific board.