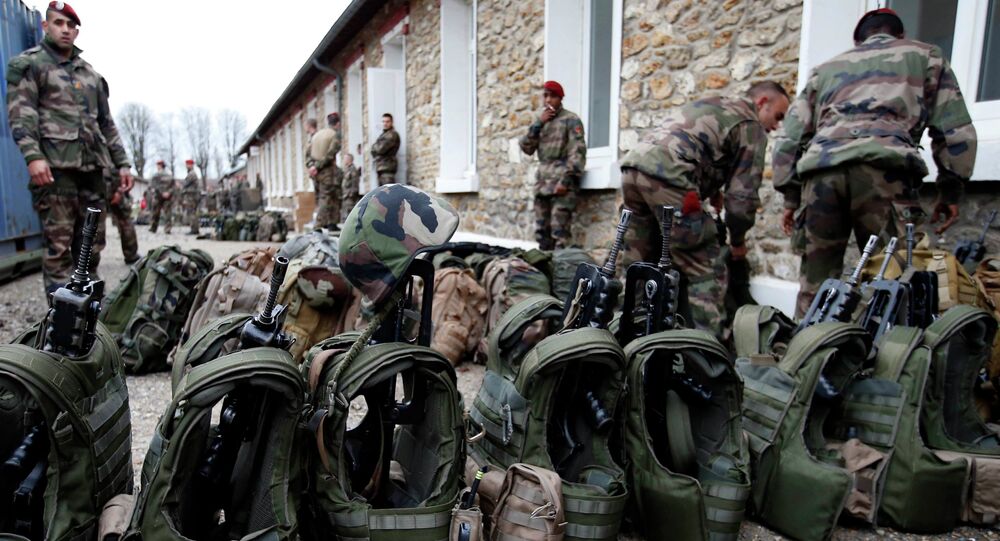 Fears Over Radicalization in French Army as IS Recruits Ex-Soldiers

"Our concern is not former soldiers… It's preventing the phenomenon of radicalization with our forces," the source added.

For his part, French Defense Minister Jean-Yves Le Drian said that "the cases of former soldiers being tempted by jihadism are extremely rare." He declined to elaborate.

YouTube screenshot
Islamic State Reportedly Threatens to Kill Two Japanese Hostages, Demands $200 Mln
The defectors include an unnamed ex-member of France’s elite First Marine Infantry Parachute Regiment, an "emir," or leader of a group of French-born Islamists operating in Syria's Deir Ezzor region, and an array of explosive experts, according to separate reports by Britain's newspaper The Telegraph and Radio France International.

Earlier, the French Foreign Ministry announced that about 65 additional staff will be dispatched to the country's 1,000-strong internal intelligence unit in order to track recruits more thoroughly.

Meanwhile, French authorities claim that approximately 1,200 French citizens have joined the extremists, who they said are currently fighting in Syria and Iraq.