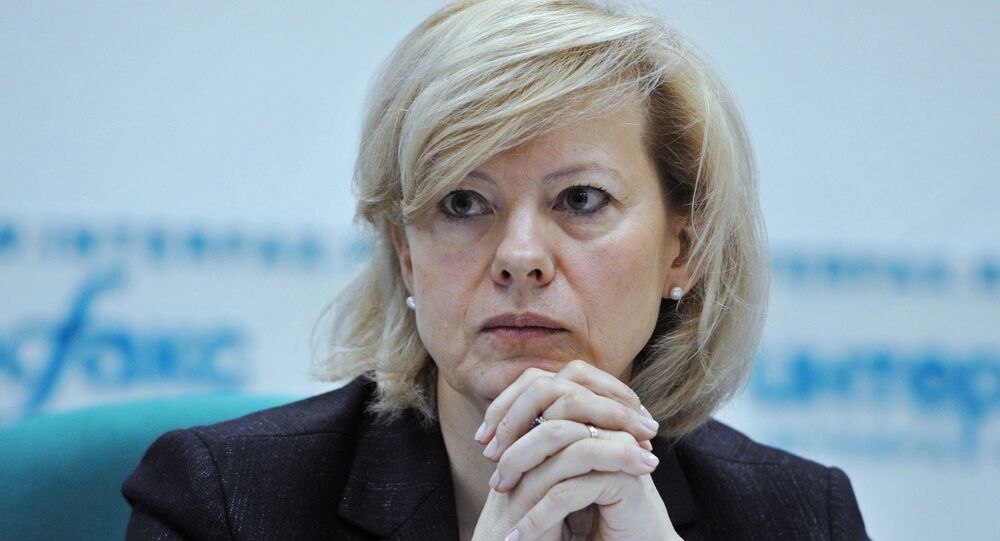 Astra Krume, Ambassador of Latvia to Russia, denied that the use of Russian at work places has been prohibited in Latvia.

© Sputnik / Y. Polyakov
Latvia's Permanent UNESCO Delegation Vetoes Holocaust Exhibition in Paris
MOSCOW, January 22 (Sputnik) – Ambassador of Latvia to Russia Astra Krume denied on Thursday that the use of Russian at work places has been prohibited in Latvia.

The ambassador added that the information on the alleged prohibition of using Russian had only been printed in the Russian press.

Nevertheless, "Russian will never become an official language in Latvia," the ambassador stated.

On Friday, Latvia's State Language Center proposed that personnel in the service sector, for example those who work in shops, restaurants and public transport, should only speak Latvian, including during interpersonal communication, as even private conversations between employees may be heard by clients.

Following the statement, a number of Russian news outlets published alarmist articles claiming that usage of Russian had been banned and from now on Russian tourists would not be able to make bookings at Latvian hotels or shop at Latvian supermarkets, as the staff would refuse to communicate with them in Russian.