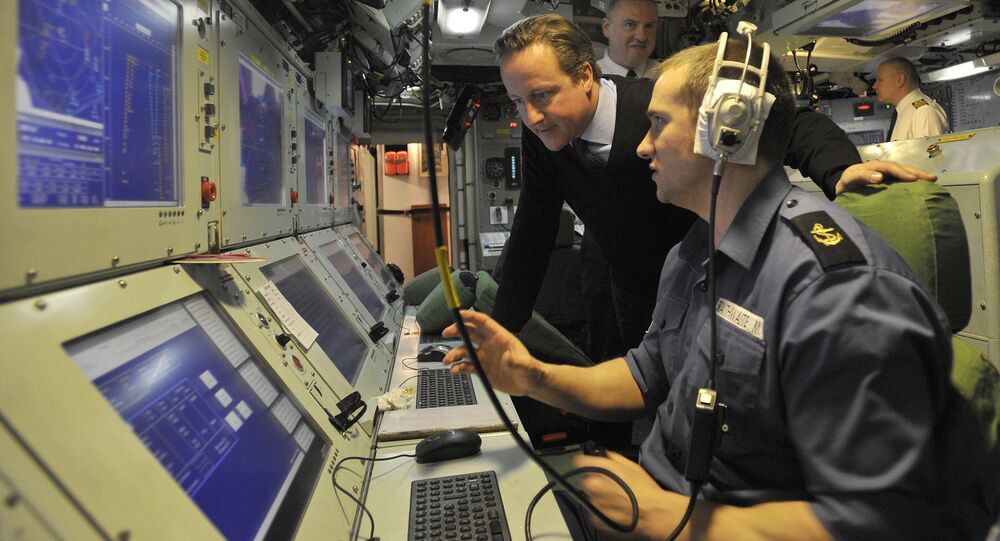 Britain's commitment to spend 2% of its GDP on its NATO membership is coming under severe pressure as the government grapples with spending cuts and ballooning military budgets.

NATO sets a target of 2% of members' GDP to be spent on the defence alliance and Britain is one of only two countries currently meeting that target; the other being the US.

However, during a debate on the possible replacement of the UK's nuclear deterrent programme Trident, a former defence spokesman warned MPs that the country was looking at a further cutback in British troops, which could bring the total spending to under the 2% target.

Sir Nick Harvey, the Liberal Democrat MP, who was Armed Forces minister until 2012, told MPs: "If defence were to face another cut comparable to that which it took in 2010, which seems entirely possible, the proportion of our gross domestic product that we spend on defence, which is already destined to go below 2% next year, will make rapid headway down towards 1.5%."

He said that his sources told him that the Ministry of Defence was considering further cutbacks in the British Army, reducing the headcount down to 60,000 from the 82,000 target under the current Strategic Defence Review.

However, a spokeswoman for the Ministry of Defence denied there were any plans for further cutbacks. "There is no change to the Government's existing plans for an Army of 82,500 while increasing the number of reserves. And there is no work underway to look at further reductions. Indeed, the PM recently reiterated his commitment to maintaining regular forces at the level they are now," she said.

But the continuing cutbacks in defence spending have spooked the UK's allies across the Atlantic. Former US defence secretary Robert Gates said earlier last year:

"With the fairly substantial reductions in defence spending in Great Britain, what we're finding is that it won't have… the ability to be a full partner as they have been in the past."

UK Nuclear Deterrent — a Blast from the Past

Sir Nick was passionately arguing against the huge cost of replacing Trident, the submarine-launched ballistic missile system that constitutes the UK's nuclear deterrent. Each of the UK's four Vanguard submarines deploys with 16 Trident warheads, out of its base at Faslane in Scotland.

The replacement programme is controversial, in that it will involve replacing the submarines, missiles and warheads at an estimated cost of at least £34 billion. Sir Nick says the UK's whole nuclear deterrence system was designed for an old age.

He told the House of Commons: "The Cold War is over. The iron curtain has come down. The Soviet Union, which was our known adversary, no longer exists. In 1994, Britain and Russia de-targeted each other and changed their policy to say that we were not nuclear adversaries of each other. Yet nothing changed: since that time, we have continued with 24/7 patrolling.

"The Royal Navy and all those at the Faslane base and in the supply and support chains have mounted a gargantuan effort to keep continuous at-sea deterrence going, and they deserve great praise for that. It has been at considerable human cost and very substantial financial cost, but it is very much harder to discern quite what practical utility it is fulfilling in 2015 when we do not have a known nuclear adversary," he said.

If Moscow were Targeted — Billions would die

He said that the UK should give up its nuclear deterrent, which was no longer compatible with defence needs. He said the days of Cold War stand-offs and the threat of pulverising whole cities was over.

"If one of our submarines were to unleash its payload against, for instance, Moscow-those were the traditional criteria on which we based our capability-I think that some people in this country, possibly even in the House, labour under the misapprehension that the consequences would be pretty grim for people in Moscow and perhaps not very clever for those a few hundred miles around."

"In reality, if we were to unleash the payload of one of our submarines, the consequences would be global and felt for at least a decade, and at least a billion people would be at risk of dying. The more widely that is understood, the more inconceivable it is that any sane person could ever push the button," he said.

The debate over Trident will go on for some time, as the government tries to keep its spending under control amid the continuing assault on public expenditure. Whether the UK is capable of remaining on a par with the US within NATO is another question.