According to the Russian Foreign Ministry, prosecutors in Bezier have notified the Russian Consulate General in Marseille about the arrest of five Russian nationals suspected of plotting a terrorist attack. 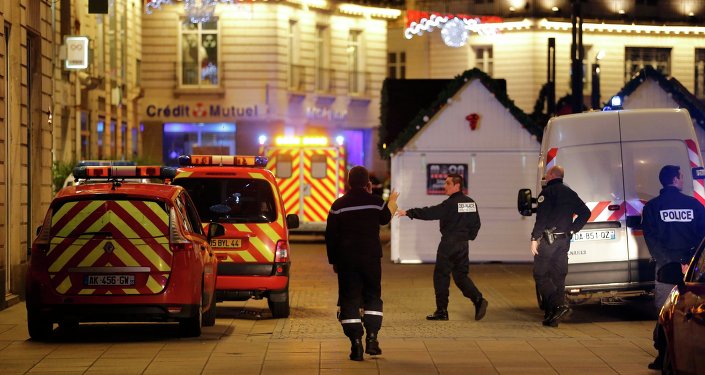 © REUTERS / Stephane Mahe
Russian Citizens Arrested in France Have No Ties to Paris Terrorist Attacks
MOSCOW, January 20 (Sputnik) — France has notified Moscow of the arrest of five Russian nationals on suspicion of plotting a terrorist attack, the Russian Foreign Ministry said on Tuesday.

"The Russian Consulate General in Marseille has been notified about the arrest on January 19 of Zalimkhan Ismailov, who resided in the French town of Beziers," the ministry said in a statement.

"Zalikhmanov has been accused of involvement in a plot to carry out a terrorist act," the statement said.

© Fotobank.ru/Getty Images / Antoine Antoniol
Five Russian Nationals Arrested in France on Suspicion of Plotting Terror Attack
According to the ministry, prosecutors in Bezier have also announced arrest of four other suspects and later confirmed that all five detainees were Russian citizens.

Earlier on Tuesday, the BFMTV channel reported, referencing the French prosecutor Yvon Calvet, that five Russian nationals had been arrested in France. According to French media, the suspects are aged between 24 and 37 and originate from the North Caucasus region.

The Chief of Police for the city of Montpelier said that one of the suspects had "extremely dangerous explosives that could have caused serious damage."

The French police official said, however, that according to preliminary information the detained were not linked to any extremist organizations and there was absolutely no certainty as to whether these people had in fact been plotting a terrorist attack.

Currently the suspects remain in custody in Beziers and are being questioned by police.

France has been on high alert since the beginning of 2015, when a series of terrorist attacks in Paris claimed the lives of 17 people, including three policemen.