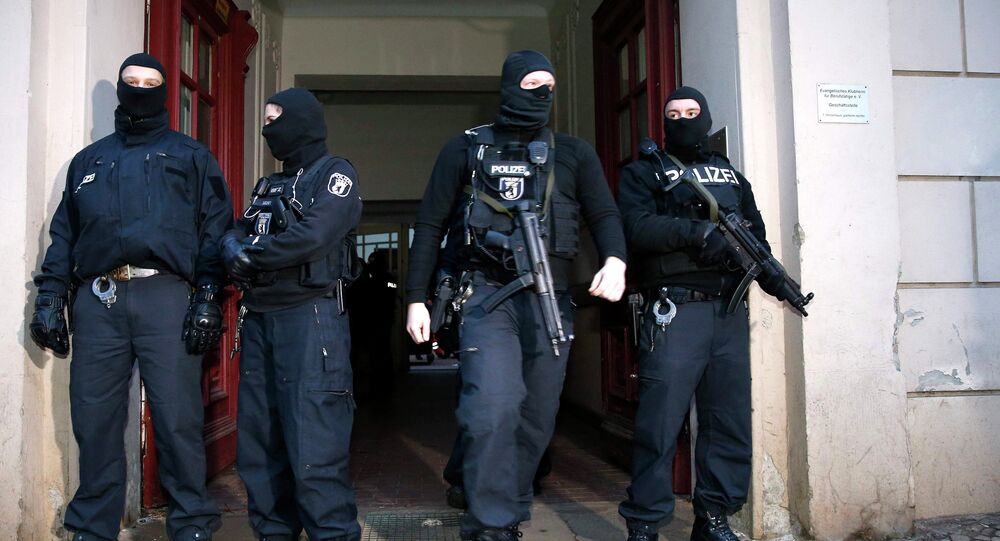 Following the anti-terror raids conducted by about 200 German policemen, 12 people suspected of preparing a terrorist attack in Syria are now being questioned.

"There have been no arrests, as we are presently looking for evidence in the investigation and are searching for things like storage media and bank remittance slips," Berlin Police spokesman Stefan Redlich told NBC News.

Following the raids conducted by about 200 policemen, 12 people suspected of preparing a terrorist attack in Syria are now being questioned.

© REUTERS / Fabrizio Bensch
Pegida Plans to Hold Next Rally Despite Islamic Terrorist Threats
Two leaders of the cell, a self-proclaimed emir, Turkish national Ismet D. and his associate Emin F., were detained Friday and currently remain in custody. German officials told NBC News that the two suspects had provided logistical and financial support to Syrian fighters and were believed to have ties with Islamic State and Chechen extremist groups involved in the Syrian war.

A series of counterterrorism raids have been carried out in a number of European cities after three terror attacks in January involving radical Islamists claimed the lives of 17 people in Paris.

The Bild am Sonntag newspaper reported Sunday that German authorities had been investigating 350 people reportedly linked with the Islamic State, a militant group operating in Syria and Iraq.