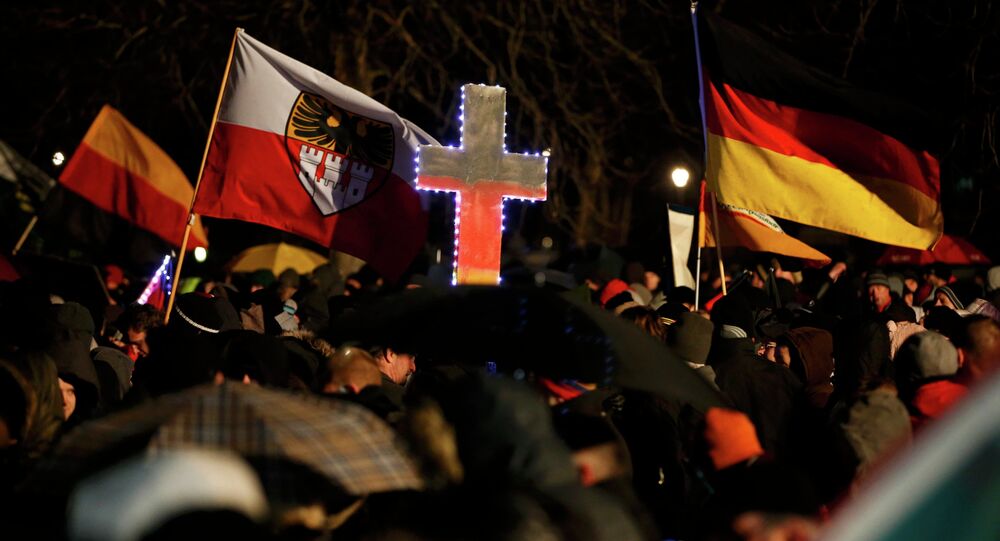 The group known as the Patriotic Europeans against the Islamification of the West cancelled its weekly rally in the German city of Dresden due to major security concerns.

MOSCOW, January 19 (Sputnik) – Pegida is spearheading an anti-Islam and anti-immigrant movement in Germany and has called on its supporters to take part in a rally next Monday after cancelling a similar event this week due to death threats from the Islamic State, the Associated Press reports.

© REUTERS / Hannibal Hanschke
Pegida Cancels Anti-Islam Rally in Germany Over Death Threat From IS
"Dear friends, we think that we were right to cancel our 13th meeting due to major security concerns," the group said on its Facebook page, adding that "we are Dresden, we are Europe, we are the people". The AP quoted Kathrin Oertel as saying that recent developments do not "mean that we'll let ourselves be gagged … (or) deprived of the right to freedom of assembly and opinion."

On Sunday, Pegida said that it would cancel its 13th event because of threats allegedly issued by the Islamic State, a brutal Sunni group active in the Middle East. "What in police jargon is called an 'abstract threat' has changed to a 'concrete death threat' against a member of the organising team. IS terrorists have ordered his assassination," Pegida said, as quoted by AFP. The remark prompted Germany’s daily Bild to allege that extremists target Lutz Bachmann, 41, the founder of the movement.