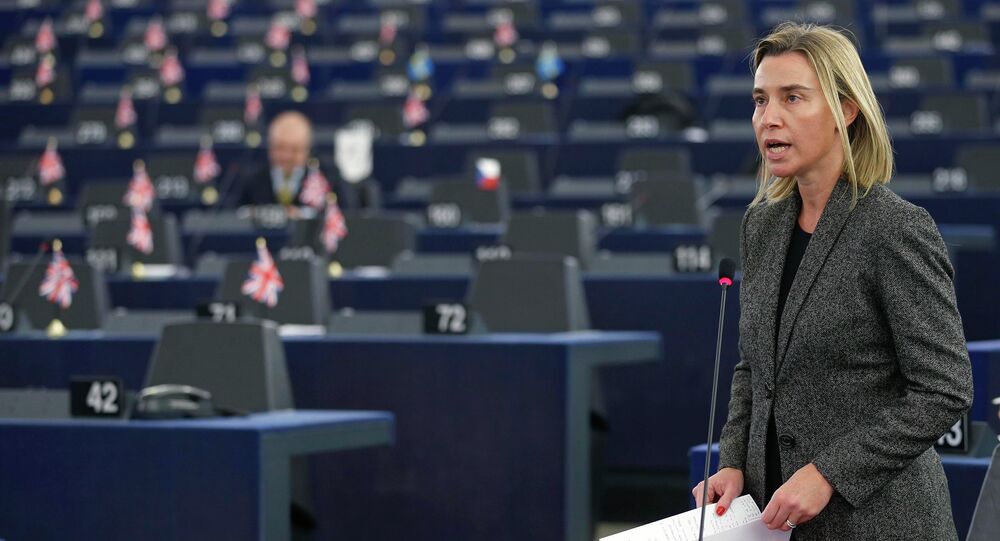 Brussels is launching an appeal against the EU Court of Justice's ruling to remove Palestine's Hamas group from the EU list of terrorist organizations, the European Union foreign policy chief said Monday.

"The Council of the European Union has decided to appeal today the Judgment of the General Court [in Case T-400/10 — Hamas v. Council] of 17 December 2014," EU's Federica Mogherini said in a statement.

In mid-December 2014, the Luxembourg-based court ordered that Hamas, the governing body of the Palestinian territories in the Gaza Strip, be removed from the European terror blacklist, citing a lack of "any substantive assessment of the question of the classification of Hamas as a terrorist group." Brussels had added Hamas to the list of terrorist organizations in 2003, based on media reports alone, according to the court.

Mogherini maintained that the court's ruling had been "clearly based on procedural grounds and did not imply any assessment by the Court of the merits of designating the Hamas as a terrorist organization."

The appeal will result in an immediate suspension of the EU Court's judgment "until a final judgment is rendered by the Court of Justice," Mogherini said. The EU top diplomat added that Brussels is studying "other appropriate remedial actions" that would prevent the court from annulling "EU autonomous measures to combat terrorism."

© AFP 2020 / HAZEM BADER
Hamas Member Gets Three Life Sentences for Killing Three Israeli Teenagers
Hamas gained control in Gaza in 2007, to a divided reaction in the international community. The organization is designated "terrorist" by Israel, Canada, The United States and Japan. It is banned in Jordan, while Australia and Britain have outlawed Hamas's military wing, recognizing only its political right to exist.

Russia, Iran, China, Qatar and Turkey do not classify Hamas a terrorist group.