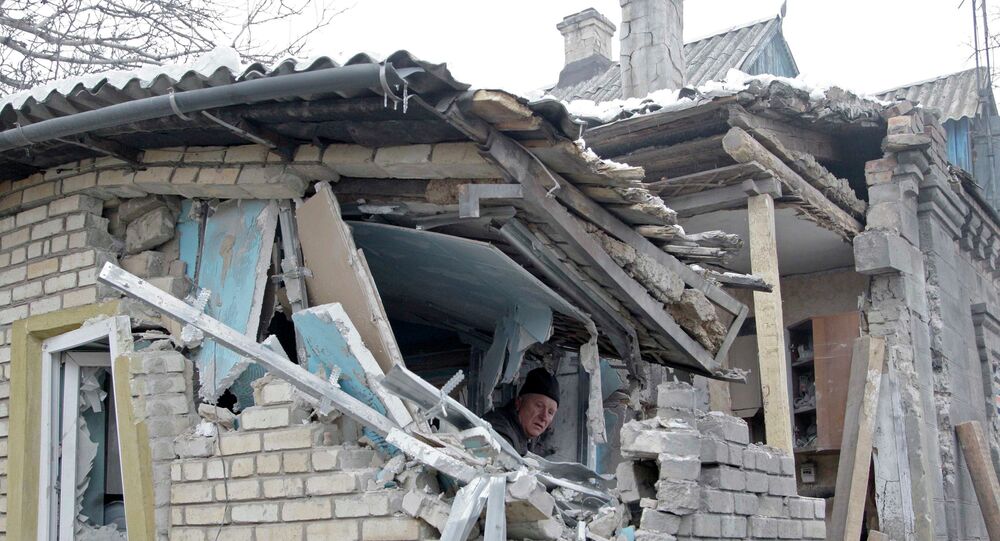 Ukrainian Prime Minister Arseniy Yatsenyuk earlier in parliament called for the cancelation of the ceasefire in the country’s east and for placing the region under martial law.

"It's obvious that the militaristic hysteria of the 'war party' in Kiev is the key danger for Ukrainian statehood today. It is driving the crisis deeper and obstructing logic in the search for solutions and establishing real dialogue," Karasin said in an interview with RIA Novosti.

Ukrainian Prime Minister Arseniy Yatsenyuk earlier in parliament called for the cancellation of the ceasefire in the country's east and to place the region under martial law.

"The return to military actions would bury any hope for settling the crisis in Ukraine. Why Yatsenyuk and company needs this is a question to him and his foreign sponsors and curators," Karasin said.

© REUTERS / Alexander Ermochenko
Ukrainian Army Shells Three Neighbourhoods in Donetsk, DPR Reports
A ceasefire and a road map for its implementation were agreed on in September, during meetings of the Contact Group on Ukraine, which includes representatives of Russia, the Organization for Security and Co-operation in Europe (OSCE), Kiev and the self-proclaimed people's republics of Donetsk and Luhansk.

Despite the signing of the agreement and the subsequent introduction of the "silence regime" on December 9, clashes in southeastern Ukraine have intensified in the past few weeks.

The latest round of Contact Group talks was planned for January 16, however, it was canceled because Kiev representatives did not show up for the meeting.