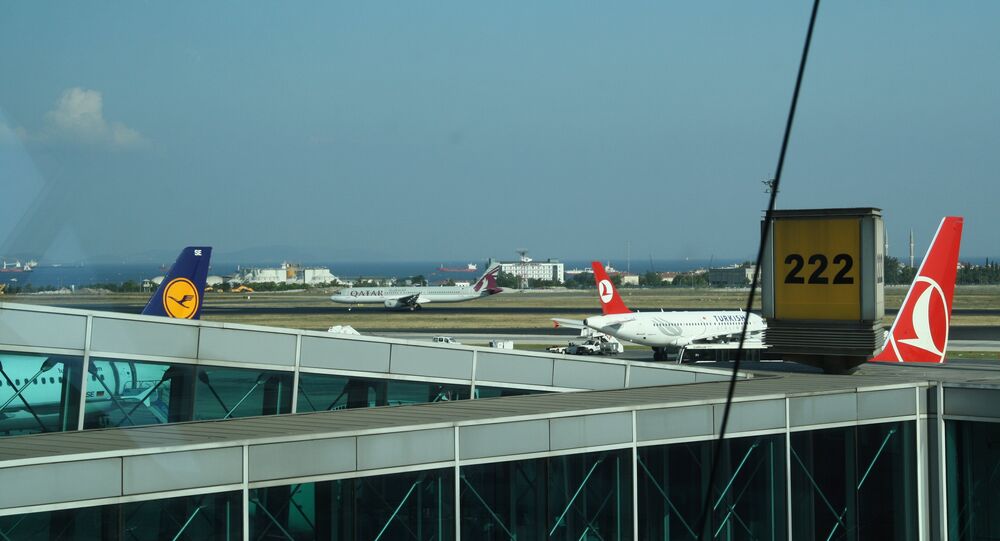 Some Turks have called off their trips to France due to security concerns and fears of possible terrorist attacks.

MOSCOW, January 18 (Sputnik) — Recent terrorist attacks in Paris have raised security concerns among the Turkish population and forced some people to cancel or put off their trips to France, Anadolu Agency reported.

“There has been around a 40 percent decrease in ticket sales,” representative of Alo Bilet Hatti company, Tulay Meral, said cited by the news agency. “The majority of this decrease is due to tour cancelations,” he added.

© AP Photo / Michel Euler
Terrorist Reportedly Connected to Paris Attacks Resides in Britain
People express their concerns about the poor security situation in the EU and claim it is wiser to postpone trips for better days.

"I think it is not the right time to go to European countries," said Kadir Yorganci, an entrepreneur from Istanbul. "My wife and I were planning to buy a tour package that includes visits to Paris, Amsterdam, Brussels and Berlin, but we have changed our mind.”

Some people rebooked their tours and went to other countries, like Italy or Spain. Others have simply delayed their trips to France until spring.

© Flickr / damn_emin
East Train Station Evacuated in Paris, Suspicious Package Detected
“If my trip was just after the attacks, I would have preferred to call it off,” said Taner Ozer, a 26-year-old Turkish student.

A series of terrorist attacks in France started a week after the New Year’s Eve.

On January 7, two gunmen stormed the Paris-based editorial office of satirical magazine Charlie Hebdo, well-known for printing cartoons and controversial images, deriding Islam and other religions. During the attack, 12 people were killed and 11 injured.

The massacre was followed by a terrorist attack, which took place on January 9. The gunman, Amedy Coulibaly, took several people hostage at a kosher shop in eastern Paris. He demanded freedom for the Kouachi brothers, who were responsible for the Charlie Hebdo incident and threatened to shoot down the hostages if police killed them. The attack claimed lives of four people, all of them Jews.

The Attacks in Paris Were Acts of Terrorism, Not Acts of Censorship