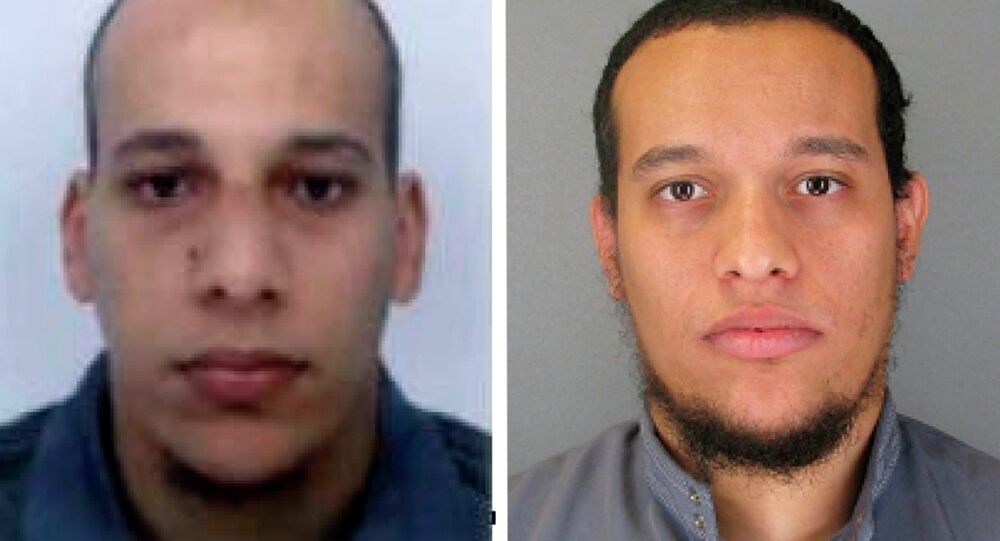 The two men who carried out the notorious attack on Charlie Hebdo magazine were buried on Saturday despite objections of a number of French officials.

MOSCOW, January 18 (Sputnik) — On Saturday, France arranged a quiet funeral for the Kouachi brothers who were responsible for the notorious terrorist attack on Charlie Hebdo magazine, according to AP.

The men were buried in unnamed graves “to avoid all risk of disturbance to the peace,” officials reported.

© REUTERS / Tagaza Djibo
Violent Anti-Charlie Hebdo Protests in Niger Leave At Least Ten Dead
The elder of the two brothers, Said Kouachi, was buried in Reims, located about 144 kilometers (89 miles) east of Paris. His wife did not participate in the ceremony as she was afraid she could be traced by reporters and expose the location of the grave. The ceremony was decided to be held secretly and the grave was left without any inscriptions due to fears that it can attract fanatics and become a ‘sacred place’ for extremists.

© East News / AP Photo/Lionel Cironneau
Charlie Hebdo in Bigger Demand Than Ever, 7 Mln Copies of New Issue Printed
The younger brother, Cherif Kouachi, was also buried outside of Paris on Saturday night. His grave is located at a cemetery in Gennevilliers and is also left unmarked due to security reasons.

The Charlie Hebdo attack took place on January 7, with the two brothers storming the magazine’s editorial office and killing 12 people. The attack caused uproar worldwide and contributed to the rise of anti-Islam sentiment in various countries.