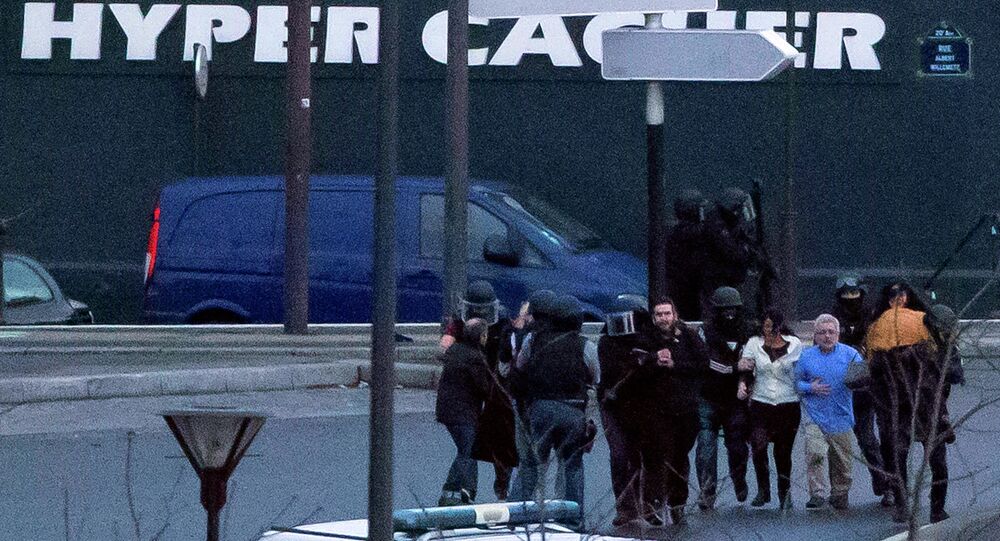 UK resident, who reportedly was a close associate of a convicted extremist monitoring two of the Paris attackers, relied on the Human Rights Act to prevent deportation from the country.

© AFP 2020 / LUIS ACOSTA
The Attacks in Paris Were Acts of Terrorism, Not Acts of Censorship
LONDON, January 18 (Sputnik) — A terrorist who is believed to have links with recent attacks in Paris, Baghdad Meziane, is currently residing in the United Kingdom, as previous Home Office’s attempts to deport him to Algeria failed, The Telegraph reported Sunday.

Meziane was jailed for 11 years back in 2003 for running a terrorist support network, and London has repeatedly said that he still constitutes danger to the United Kingdom community.

However, Meziane relied on the Human Rights Act to prevent his deportation, saying that it would ruin his private life, as he has two children living in the United Kingdom. Apart from the above, Meziane claimed he might face torture if sent back to Algeria.

© AP Photo / Peter Dejong
Europol Head Says Impossible to Stop All Terrorist Attacks in EU
According to The Telegraph, Meziane was a close associate of a convicted extremist Djamel Beghal, who monitored two of the Paris attackers – Cherif Kouachi and Amedy Coulibaly.

There is now a growing fear in the United Kingdom, as many no longer believe that British security services are able to stop potential terrorists and prevent possible terror attacks. Security across the United Kingdom is being stepped up, patrols have been increased in Jewish areas.

Over the past week France has suffered three terrorist attacks involving Islamic radicals, resulting in the deaths of 17 people in the Paris area. On January 7, terrorists attacked the Charlie Hebdo satirical newspaper's office, the following day a French female police officer was killed, while on Friday a gunman killed four hostages in a kosher supermarket.

Following the Paris attacks, European police service Europol stated that there was a potential threat of new terror attacks in the EU countries, adding that the most likely targets are the United Kingdom, Belgium, and the Netherlands.