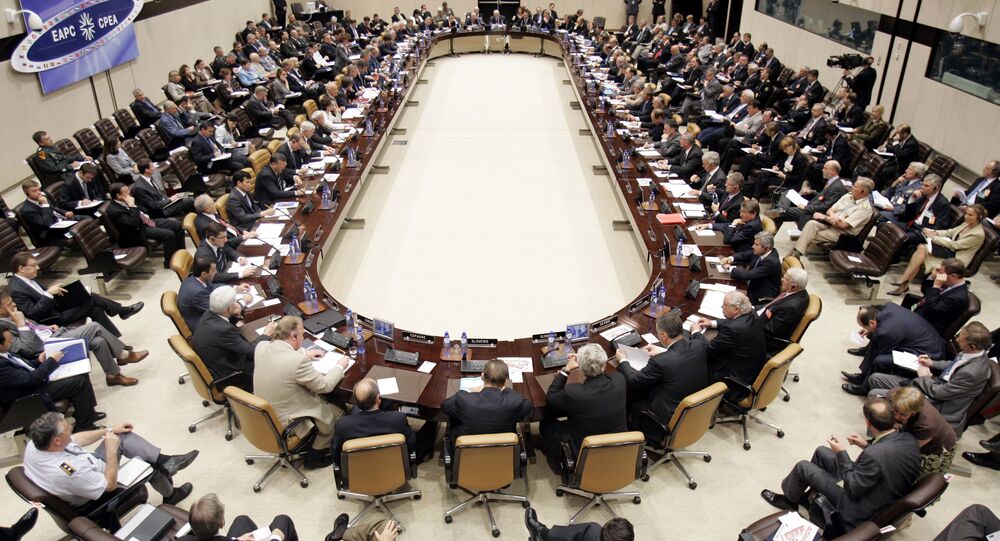 US experts from the NATO's Euro-Atlantic Partnership Council (EAPC) delegation which preparing special report on current situation in Ukraine met with the Deputy Head of the Ukrainian Presidential Administration Valeriy Chaly.

“Following their visit to Ukraine, US experts delegation will prepare a special report, which, in particular, will be presented during the Munich Security Conference that will be held on February 6-8 this year,” the statement said.

The statement was made after the Deputy Head of the Ukrainian Presidential Administration Valeriy Chaly met with the EAPC delegation that includes former US ambassador to Ukraine John Hebrbst, General Charles Wald, and other senior officials.

Chaly thanked the United States for the support it provided to Ukraine, and for the trans-Atlantic solidarity with Kiev.

NATO
NATO Membership for Ukraine Not Under Consideration: US Administration
The sides have also discussed the measures that should be taken in order to ensure Ukraine’s security, and focused on the importance of additional financial aid to Kiev.

The internal conflict in eastern Ukraine erupted in April, when Kiev forces launched a military operation against independence supporters in the country's eastern regions, who refused to recognize the legitimacy of a new government that came to power following a February coup.

According to the UN estimates, more than 4,700 people have been killed in the course of the conflict, and over 10,000 have been wounded.

The Munich Security Conference will be held on February 6-8, 2015. Its goal is to promote international cooperation in dealing with today’s most acute security problems.