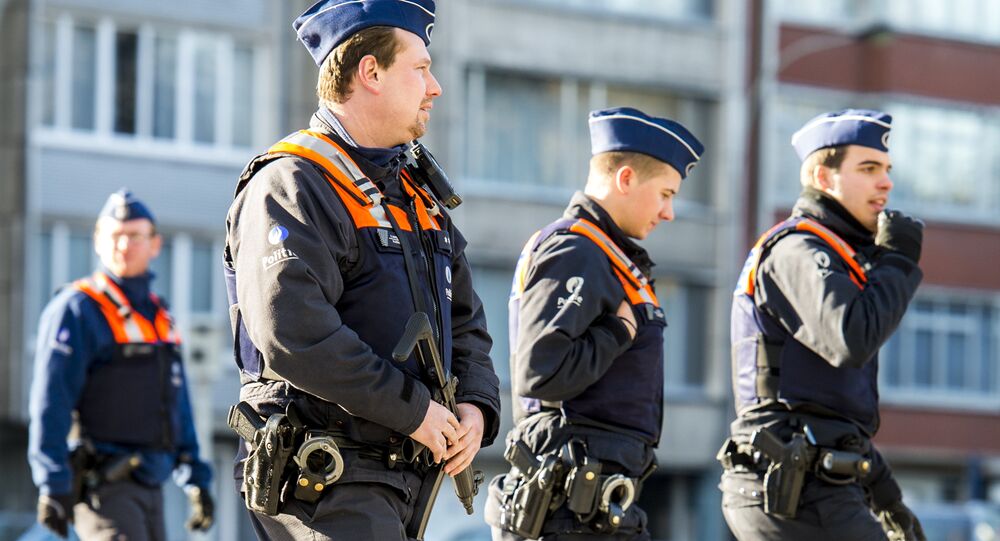 Belgian authorities deployed troops on the streets of the country amid increased terrorist threat.

MOSCOW, January 17 (Sputnik) — Belgium has deployed troops alongside police to protect the country amid increased terrorist threat, as more than 20 people were arrested in Belgium, Germany and France in the recent days over suspicion of participating in terrorist activities, the BBC reported Saturday.

Only on Friday, five people were charged with terrorism following a series of police raids. During the raids, police also managed to seize explosives, guns and munitions.

On Friday, Belgian authorities have also announced their plans to introduce new measures to protect the country against terrorism, such as expanding the cases where Belgian citizenship can be revoked of a person suspected in participation in terrorist activities.

Security has also been tightened in Germany, the United Kingdom and France.

© REUTERS / Stringer
Belgium on High Alert Following Deadly Anti-Terror Raid
Europe now faces threat from those militants, who travelled to Syria and Iraq, and other war-torn regions to fight for the Islamic State (IS) militant group and other extremists. Those young fighters often return back to home countries to conduct terrorist attacks on behalf of the radical organizations they are involved with.

According to the BBC, over 1,300 French nationals are believed to be currently fighting in Syria and Iraq, as well as around 600 British and 600 German citizens.

Over the past week France has suffered three terrorist attacks involving Islamic radicals, resulting in the deaths of 17 people in the Paris area.