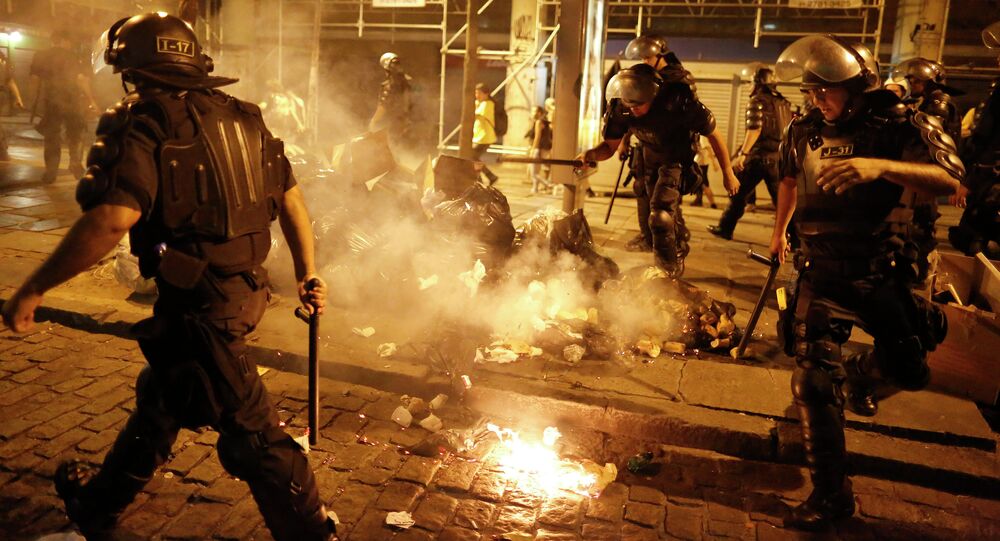 Protesters reportedly clashed with police in Sao Paolo as approximately 3,000 people took to the streets in protest against an increase in transportation costs.

MEXICO CITY, January 17 (Sputnik) – Mass protests have erupted in Sao Paulo over an increase in transportation costs, resulting in clashes with police, the Folha daily reports.

© Flickr / IRRI Photos
Brazil’s Financial Hub Sao Paulo on the Verge of Withering Amid Drought
According to the Brazilian newspaper, at least 3,000 people took to the streets and police had to use pepper spray and tear gas against the protesters on Friday. Some of the protests were detained.

The price for bus, subway and train tickets in Sao Paulo, Brazil's most populous city, has gone up from about $1.15 to over $1.3 per trip.

Friday's protest is the second Sao Paulo residents have held this year over transportation costs. The previous one took place on January 10, when at least 2,000 people protested against bus fare increases.