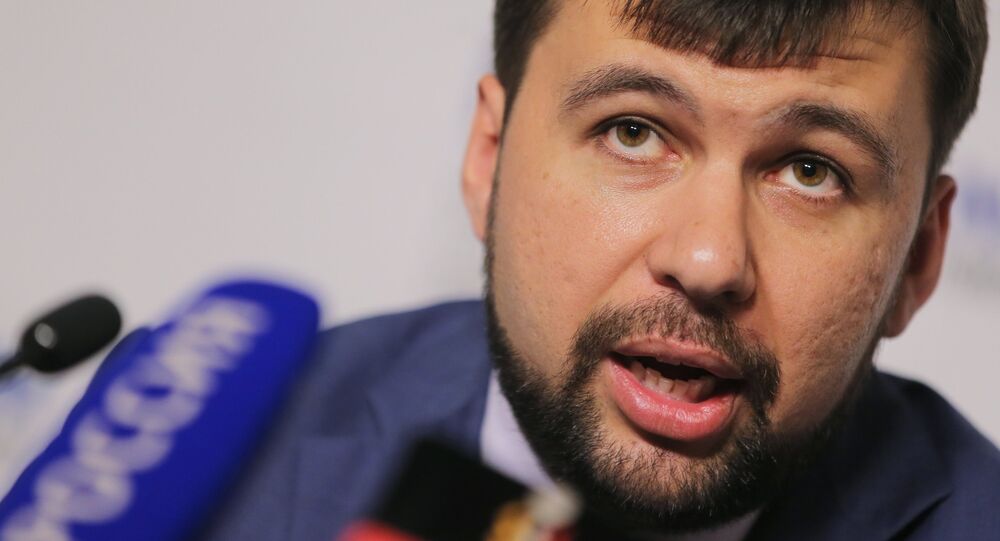 The representatives of the self-proclaimed Donetsk and Luhansk people's republics (DPR and LPR) said Friday they are leaving the Belarusian capital, Minsk, as Kiev envoys have not arrived at a scheduled meeting of the Contact Group on Ukraine.

Earlier on Friday, the press service of the Ukrainian Embassy in Belarus announced that the meeting had been cancelled.

“The meeting was obstructed by the Ukrainian side, as we arrived and did everything to continue the negotiations,” DPR envoy, Denis Pushilin said at a news briefing at Minsk airport.

Pushilin added that there was no progress in peaceful reconciliation in eastern Ukraine, citing 57 instances of shelling by Kiev led forces in the last 24 hours in violation of the ceasefire.

“The new date for the talks has not been agreed yet, but we are open for further dialogue,” the DPR envoy said.

The Contact Group on Ukraine has been holding meetings in Minsk since August 2014. On September 5, Minsk talks resulted in a ceasefire agreement between Kiev forces and independence supporters in Donbas. Despite this agreement and the “silence regime” declared on December 9, clashes in southeastern Ukraine have intensified in the first weeks of of 2015.

Earlier on Friday, Ukrainian President Petro Poroshenko’s press service said Ukraine is regrouping its military and reinforcing units in the “hot spots” in the country’s east.

The Minsk format is one of the four formats implemented by international mediators to contribute to the peaceful resolution of the Ukrainian conflict. On Thursday, the Kazakh presidential press service said the next negotiations on the Ukrainian crisis in the Normandy format, which comprises Russia, Ukraine, Germany and France, will take place at the end of January in Kazakhstan's capital of Astana.