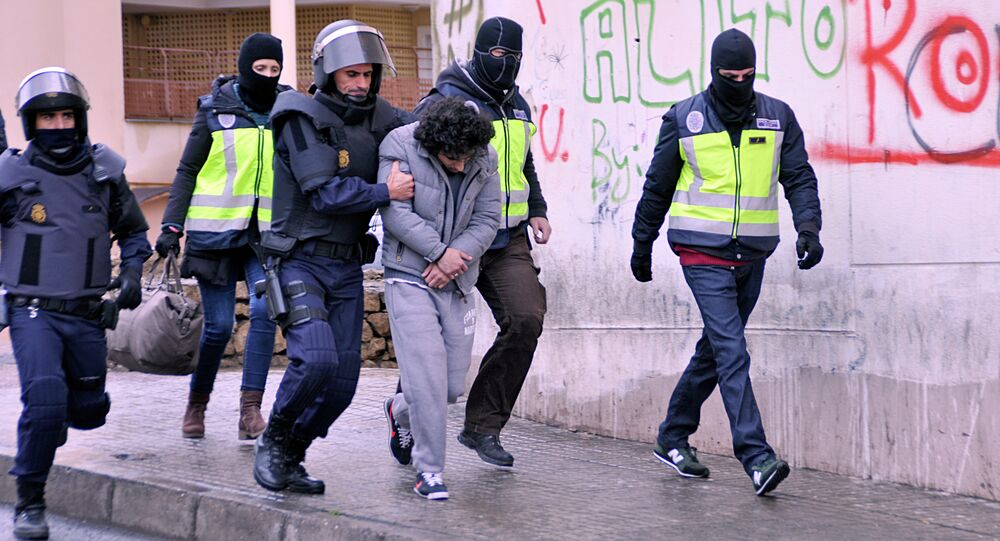 Spain's branch of the anti-Islamisation movement Pegida called their homeland a "jihad hot spot," claiming jihadists in Spain to be the most active and dangerous in Europe.

© East News / Ted Nieters
Europol Head Says Up to 5,000 EU Nationals Joined Jihadist Ranks
MOSCOW, January 16 (Sputnik) — Spain's jihadist movement is one of the most dangerous in Europe, the Spanish branch of the Patriotic Europeans Against the Islamization of the West (Pegida) movement told Sputnik.

"The jihadist movement in Spain is one of the most active and dangerous in Europe," Pegida members said in an email, calling Spain a "jihad hot spot."

The members of the movement said Spaniards were growing tired of their country's Islamization, explaining a growing interest in Pegida's activities.

"There are many people in Spain who are tired of Europe's Islamization, and many show interest in our movement. We are surprised by the number of Spaniards that show support for us," the email said.

© Flickr / Florian Martys
7 Arrested in Spain, Morocco in Crackdown on Jihadist Recruitment Network
The Pegida members noted that Islamists' plans to conquer the Iberian Peninsula were nothing new, as the latter saw the region as their territory.

Pegida, which held protests following terror attacks in Paris last week, will hold a rally in Madrid and expects the movement to grow gradually in Spain and in Europe, as it has in Germany. German Pegida members will also attend the Madrid rally.

Pegida is particularly active in Germany, organizing weekly rallies in the country. The movement has drawn criticism from the country's officials, who accused Pegida of promoting hatred.