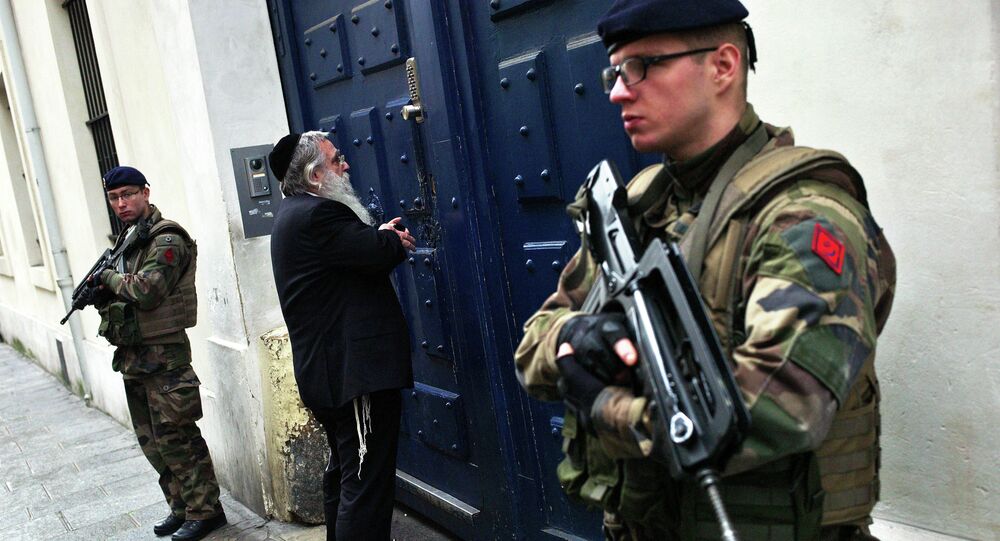 Jewish schools in a number of European cities were closed on Friday amid an increased terror threat in the wake of attacks in France last week.

© AP Photo / Rob Griffith
Official Declares Sydney Siege Terrorist Incident for Insurance Purposes
MOSCOW, January 16 (Sputnik) – Schools in the Belgium cities of Brussels and Antwerp were closed as a precaution after a counterterrorism operation in the country Thursday, The Jerusalem Post reported. The raid resulted in the killing of two suspected terrorists believed to be plotting a large-scale attack. One more person was arrested.

According to Israeli media, a Jewish school and Orthodox synagogue in Amsterdam were also closed on Friday.

Following the terrorist attacks in France that resulted in death of 17 people – including four Jewish hostages who were killed in kosher grocery store – the French government deployed 10,000 additional police and military personnel to protect potentially vulnerable sites, with half of them guarding Jewish religious centers and schools.

On January 13, the European Jewish Association (EJA) wrote a letter to EU lawmakers, urging them to allow “designated people in the Jewish communities and institutions to own weapons for the essential protection of their communities.” The letter, signed by the organization’s director general, Rabbi Menachem Margolin, stressed that recent attacks in Paris were only a few of many threats that European Jews have been facing in recent years.