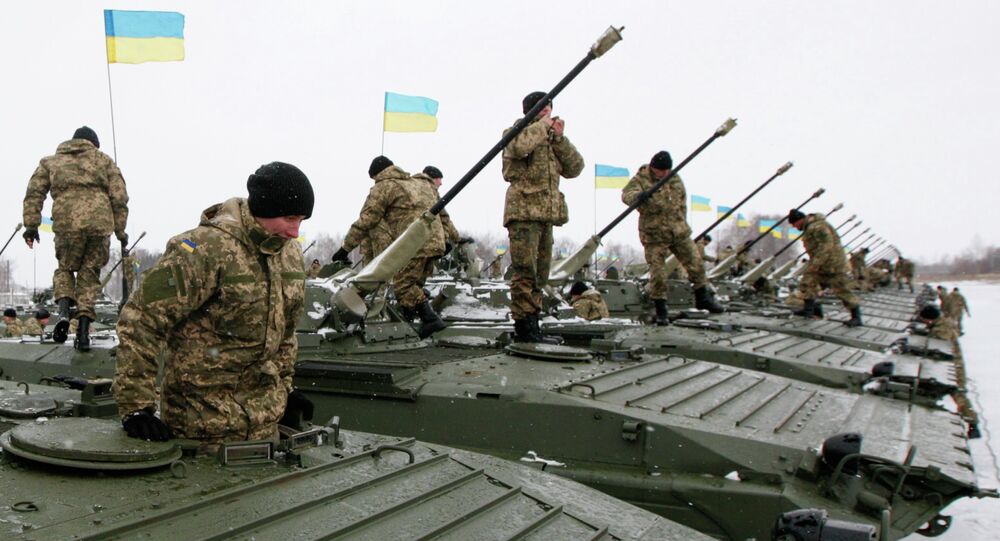 Regrouping of Ukrainian troops is underway and additional units are being deployed to the most ‘hot spots’ to create stability, according to Ukrainian President Petro Poroshenko’s press service.

“According to him (Poroshenko), a regrouping of troops is currently underway and additional units that have undergone battle preparations are being deployed to more intense ‘hot spots’ to create stability,” the press service said.

“This is all being done so that we clearly demonstrate that a ceasefire is not a weakness, but a power. And those who attempt to cynically or artfully destroy this will pay with their lives,” the press service quoted Poroshenko as saying.

© AP Photo / Mstyslav Chernov
DPR Reports at Least Ten Ukrainian Soldiers Killed in Latest Airport Battle
Despite the ceasefire agreement reached by Kiev forces and independence supporters at a Minsk meeting on September 5, and the “silence regime” declared on December 9, clashes in southeastern Ukraine have intensified this year. Following the New Year holidays the Donetsk airport has become one of main areas of fighting.

Earlier this week, with the mediation of the Organization for Security and Co-operation in Europe, the warring sides agreed to establish a localized ceasefire around the airport.

On Thursday, the leader of the self-proclaimed Donetsk People's Republic (DPR), Alexander Zakharchenko, said that the movement of Kiev's military equipment and troop deployment leave no doubt that Kiev is preparing for a full-scale war against the republic.