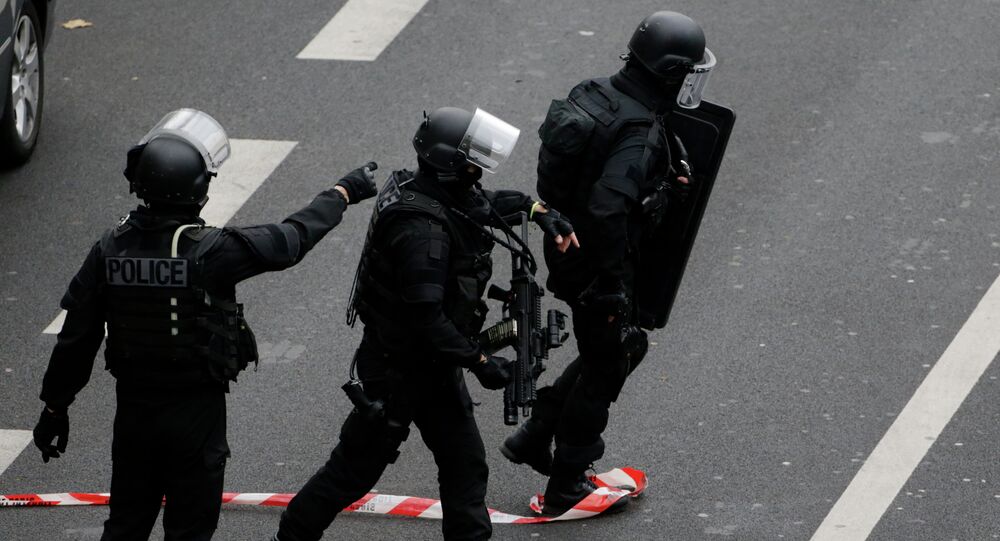 Twelve people suspected of helping the gunmen who staged the recent attacks in Paris have been arrested by French police.

The twelve are suspected of providing "logistical support" for the shootings, the agency quotes one official as saying, and were detained in the southern suburbs of Paris including Montrouge, where a young policewoman was gunned down on January 8 as she attended a routine traffic accident.

The friends and relatives of Amedy Coulibaly, who shot a police officer and killed four Jewish hostages in a kosher shop in Paris last week, are among those arrested, according to French news channel BFMTV.

Seventeen victims and three attackers died in three days of violence that began on January 7 with an attack on the offices of the satirical weekly Charlie Hebdo.

© AFP 2020 / JIM WATSON / FILES
Kerry to Visit France Following Criticism of US Abscence at Paris Rally
Earlier on Friday, one of several major train stations was closed and evacuated in Paris as a precaution after a bomb threat, as authorities across Europe pressed on with efforts to prevent new violence.

The threat later turned out to be a false alarm.

Meanwhile, US Secretary of State John Kerry is currently in France to express solidarity with the country after the recent shootings and amid a wave of criticism for the absence of high-level US representatives at Sunday's mass unity march in Paris, which was attended by about 40 world leaders.