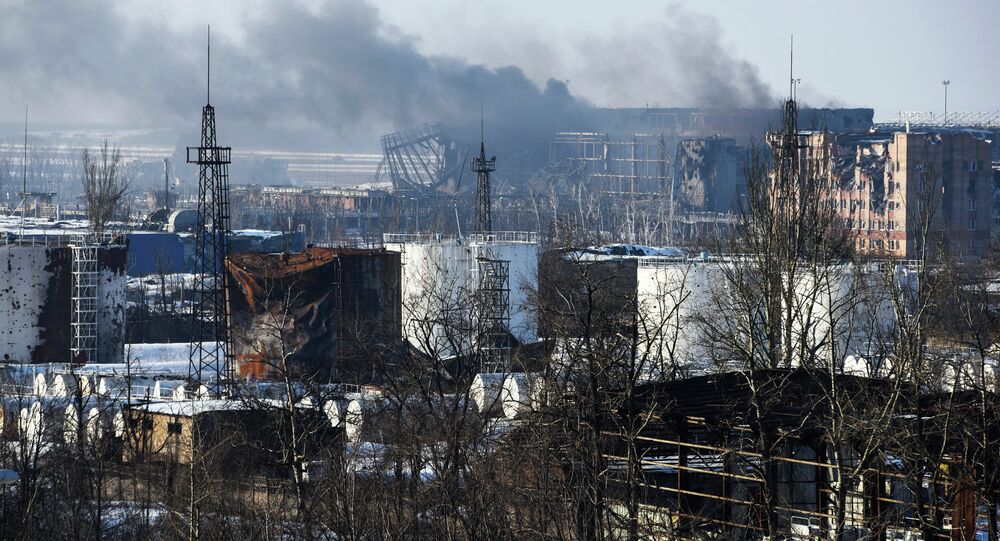 More than ten Ukrainian military personnel were killed in latest battle and six people were discovered burned in the terminal at the Donetsk airport, according to the statement of the Donetsk People’s Republic’s (DPR) military headquarters.

“More than ten Ukrainian military personnel have been killed and another six people have been discovered burned in the terminal,” the DPR’s military headquarters said.

One independence supporter has been found dead and another eight were injured.

The DPR headquarters confirmed again on Friday that the Donetsk airport is fully under their control, adding that around ten Ukrainian military personnel have taken up defensive positions near the airport’s destroyed control tower.

© Sputnik / Igor Maslov
Donetsk Leader Says Kiev Preparing for War
On Thursday, DPR leader Alexander Zakharchenko said the Ukrainian military was pulling out of the airport stronghold and that it would soon fall into the hands of the DPR militia.

On Wednesday, the OSCE Special Monitoring Mission (SMM) proposed to establish a localized truce around the airport, where clashes between independence fighters and Kiev forces have recently intensified. In its recent Thursday report the SMM stated that "shelling, counter-shelling and small arms fire in and around the airport was ongoing."

The Donetsk airport has been a hotspot since the onset of armed conflict in eastern Ukraine. The airport fell under control of government forces in May 2014 and since that time Kiev-led troops have repelled repeated attempts by DPR militia to dislodge them.

Contact Group on Ukraine Ready for Talks With DPR, LPR, No Date Confirmed