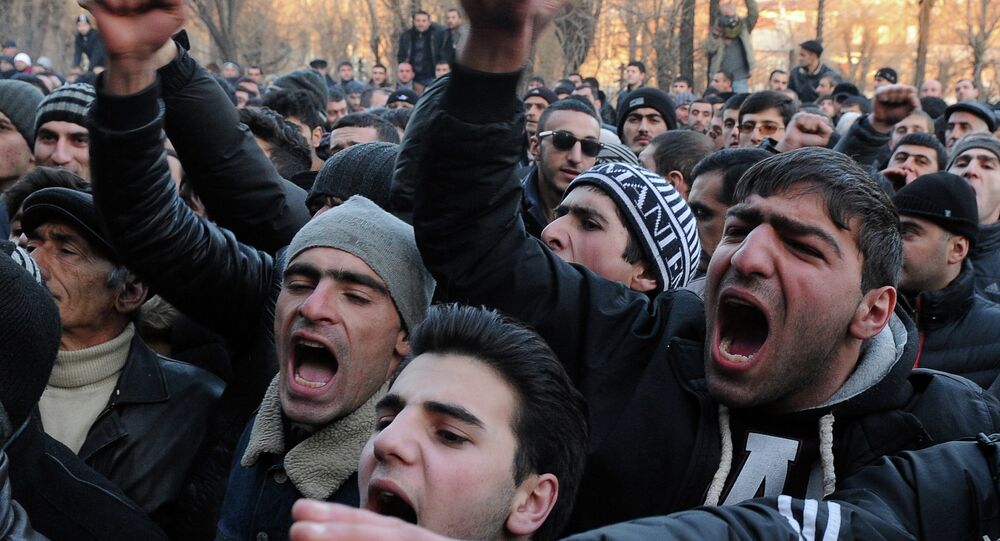 People protesting over the murder of a family in the Armenian city of Gyumri on Monday are clashing with police outside the Russian Consulate General, Novosti-Armenia reported Thursday.

© AP Photo / Charles Dharapak
Armenia’s EEU Membership to Leave Relations With US Unchanged: State Dep't
MOSCOW, January 15 (Sputnik) – On Monday, a family of six people was murdered, with the only survivor being a six-month-old baby that is currently in hospital. The main suspect in the killing, soldier Valery Permyakov from the Russian 102nd Military Base, was detained on Tuesday and has already admitted committing homicide.

The protestors are said to be outside the Russian Consulate General in the city, demanding Permyakov be handed over to Armenian authorities. The participants of the rally are throwing stones at police, while law enforcers are using shields and flash grenades.

The Russian Foreign Ministry said on Monday that the Russian authorities are assisting Armenia in prosecuting those responsible for the murder.