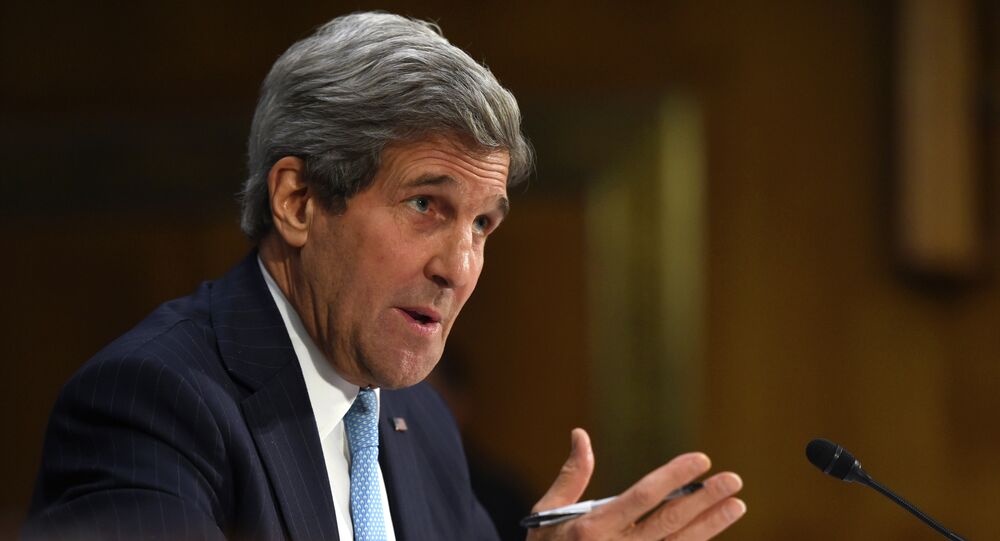 The United States has promised to partner with Bulgaria to help it address new security concerns and diversify energy supplies, as part of a broader strategic dialogue to be launched this year, the countries’ top diplomats said Thursday in a joint statement.

© AFP 2021 / JIM WATSON / FILES
Kerry to Travel to Bulgaria to Discuss Energy, Trade: US State Department
WASHINGTON, January 15 (Sputnik) – US Secretary of State John Kerry, who is in Sofia, said during a news conference with Bulgaria’s Foreign Minister Daniel Mitov that the countries had "agreed to work to enhance regional security – including through joint exercises, implementation of NATO’s Readiness Action Plan, actions to bolster stability and security."

According to the statement, Washington also remains "committed to improving Bulgaria’s energy security through greater diversity of supply and distribution and increased interconnectivity with neighbors."

Bulgaria is extremely dependent on Russian energy supplies, with about 90 percent of its natural gas supplies coming from Russia’s energy giant Gazprom. It also depends on Russia for as much as 100 percent of its nuclear fuel needs.

The United States has been a vocal opponent of Bulgaria’s energy cooperation with Russia. In August, Sofia announced it must freeze a South Stream pipeline project that would have carried Russian natural gas to southern and central Europe across its territory. The project would have made Bulgaria a gateway for Russian gas deliveries to the region and could have reduce the gas price.