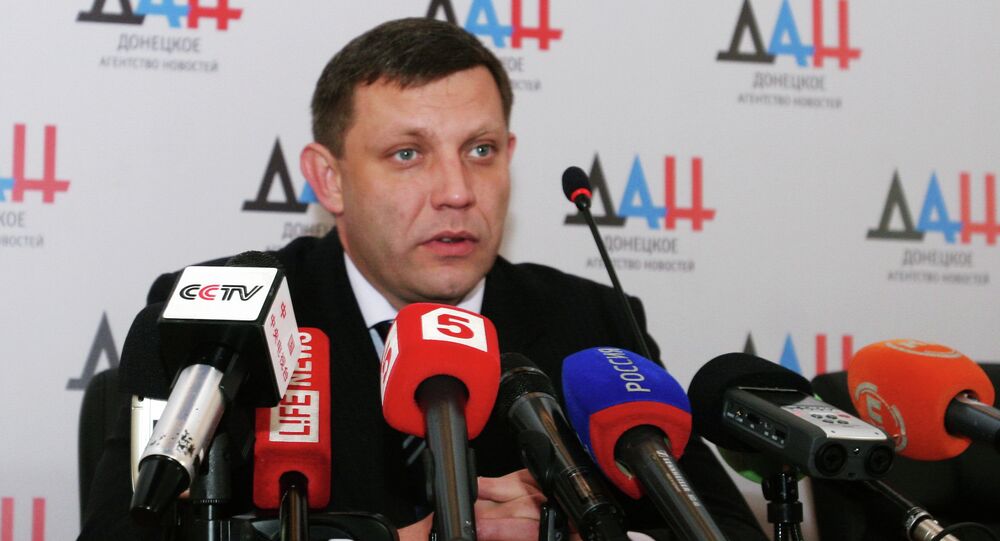 Head of the self-proclaimed Donetsk People's Republic (DPR) Alexander Zakharchenko said he has reason to believe Kiev is readying to wage a war against the republic.

© REUTERS / Nikolai Ryabchenko
Joint Investigation of Bus Massacre in Eastern Ukraine to Begin on Jan. 15
DONETSK, January 15 (Sputnik) – The leader of the eastern Ukrainian self-proclaimed Donetsk People’s Republic (DPR) said Thursday it was obvious Kiev was preparing for war against the republic.

“Ukraine is preparing for war. This is obvious from the movement of equipment and troop deployments,” Alexander Zakharchenko said at a press conference in the republic’s capital of Donetsk.

© AFP 2021 / SERGEI SUPINSKY
Ukrainian Parliament Approves Three Waves of Military Mobilization for 2015
Earlier in the day, the Ukrainian parliament approved a presidential decree to hold three waves of military mobilization in 2015. The mobilization would bring an additional 104,000 soldiers into the ranks, increasing the country's army to 250,000 soldiers.

Fighting continues in the area, despite the September 2014 ceasefire agreement. Both sides of the conflict repeatedly accuse each other of violating the truce. The latest attack took place on Tuesday in Donetsk, claiming the lives of 11 and injuring another 17, all of them civilians.