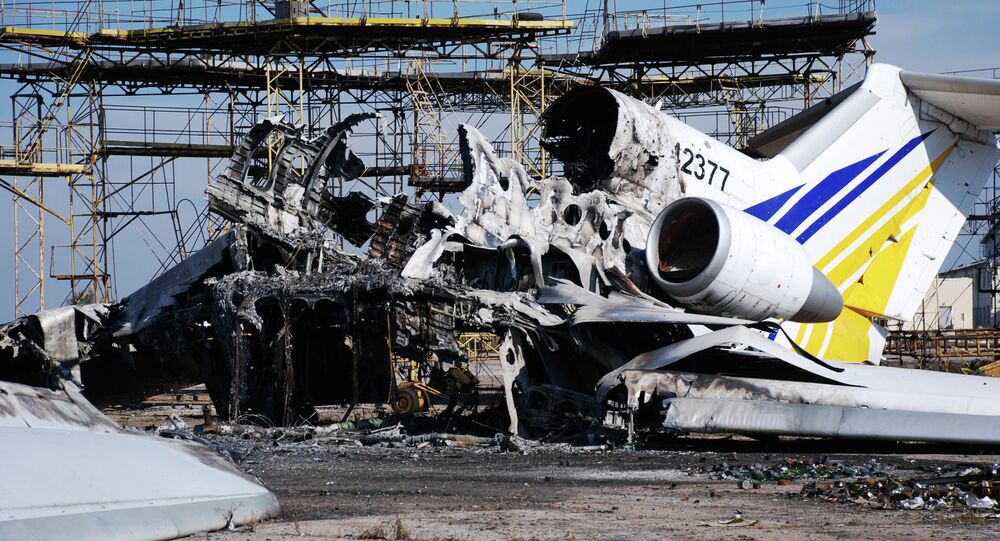 The self-proclaimed Donetsk People’s Republic's Defense Ministry has announced that Kiev-led forces have left the contested territory of the Donetsk airport.

According to the ministry's statement, quoted by the Donetsk News Agency, the Ukrainian forces "have left the International airport of Donetsk."

© REUTERS / Shamil Zhumatov
Kiev Starts Withdrawing Troops From Donetsk Airport: DPR Official
he statement added that "separate groups are still in the vicinity of the airport" and that Ukrainian soldiers are allowed to leave the airport and its vicinity freely to avoid unnecessary casualties.

On Wednesday, a senior DPR official stated that the Kiev forces begun the withdrawal from the airport. Ukraine’s National Security and Defense Council spokesperson Andriy Lysenko denied the claim.

The Organization for Security and Cooperation in Europe (OSCE) mission’s deputy chief Alexander Hug proposed Wednesday to establish a localized ceasefire regime in the areas around Donetsk airport.

The mission’s second in command reiterated the need to start joint patrols of the territory where clashes between independence fighters and Kiev forces have resumed.

According to Hug, the patrols should be conducted by Donetsk independence supporters together with representatives from the Joint Center on Control and Coordination in Debaltsovo established by the Ukrainian Defense Ministry in cooperation with Russia.