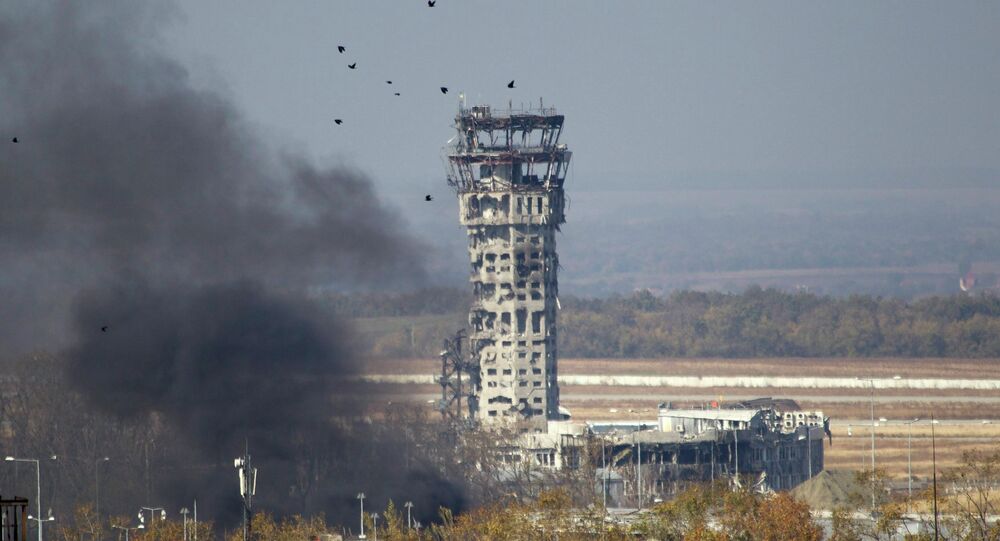 A senior official from the self-proclaimed Donetsk People's Republic said that Kiev-led forces have begun to withdraw from the contested territory of the Donetsk airport.

MOSCOW, January 14 (Sputnik) — Kiev-led forces have begun the withdrawal from the contested territory of the Donetsk airport, a senior official from the self-proclaimed Donetsk People's Republic (DPR) said Wednesday.

"As soon as this operation is over, we could finally say that the airport is under our control," Denis Pushilin, the DPR envoy at the Ukrainian reconciliation talks, said in an interview with Rossiya-24 television.

Meanwhile, Ukraine's National Security and Defense Council (NSDC) spokesperson Andriy Lysenko denied Pushilin's claims, saying that he "must have been told a lie."

The Organization for Security and Cooperation in Europe (OSCE) mission's deputy chief Alexander Hug proposed earlier on Wednesday to establish a localized ceasefire regime in the areas around Donetsk airport.

The mission's second in command reiterated the need to start joint patrols of the territory where clashes between independence fighters and Kiev forces have resumed.

According to Hug, the patrols should be conducted by Donetsk independence supporters together with representatives from the Joint Center on Control and Coordination in Debaltsovo established by the Ukrainian Defense Ministry in cooperation with Russia.