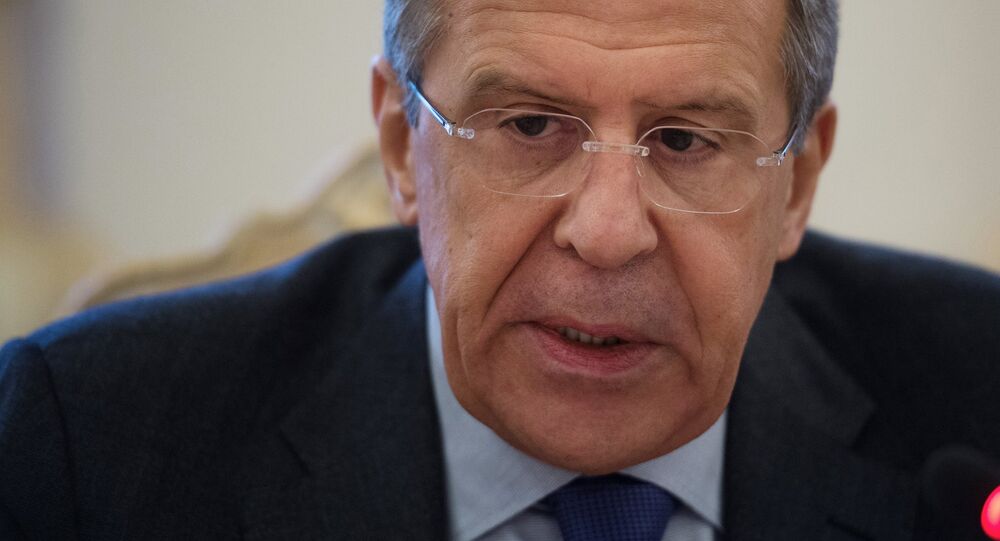 Russia is worried about the violations of ceasefire in eastern Ukraine and has to warn Kiev authorities again: the conflict can never be resolved by using force.

"We are very alarmed by all this, because the regime of silence, the ceasefire… is being violated and the shelling has been occurring on a regular and large scale in the past few days," Lavrov told reporters in Moscow after a meeting with Burundian Foreign Minister Laurent Kavakure.

"We warn our Ukrainian colleagues against attempts to use forcible scenarios [in eastern Ukraine] again. This conflict could be resolved only by direct dialogue, only by peaceful means," Lavrov said.

The minister stressed that the talks in the framework of the Contact Group on Ukraine are the only way Ukrainian reconciliation would progress as it directly involves the conflicting sides.

"It is imperative to ensure the use of its full potential as soon as possible," Lavrov said.

In September 2014, Kiev forces and the independence supporters of eastern Ukraine reached a ceasefire agreement during a Contact Group meeting in Minsk, Belarus. However, both sides have since accused each other of repeatedly violating the truce.

Earlier on Wednesday, a RIA Novosti correspondent reported that Donetsk was shelled from Tuesday evening into Wednesday, with the areas near Donetsk Airport also hit. The Organization for Security and Co-operation in Europe (OSCE) said the situation near the airport worsened and once again called on the warring sides to adhere to the Minsk agreements.

On Monday, Russian Deputy Foreign Minister Grigory Karasin expressed hope that the Contact Group on Ukraine, comprising representatives of Russia, the OSCE, Kiev and the Donetsk and Luhansk people's republics, would meet again by the end of the week.