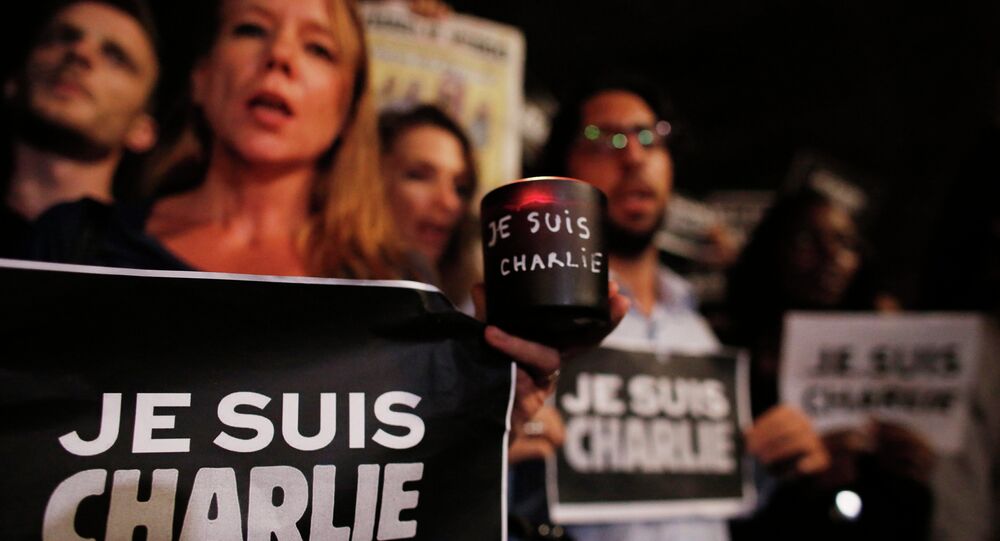 Charlie Hebdo published a new issue Wednesday - first since the attack on the magazine's Paris HQ - with the image of Prophet Muhammad on cover.

"We are happy to have done it and happy to have been able to do it, to have achieved it. It was tough. The front page… was complicated to put together, because it had to express something new, it had to say something relating to the event we had to deal with," editor-in-chief Gerard Biard told reporters, as quoted by the BBC.

Three million copies of the new issue will be printed. Usually, 60,000 copies are sold weekly. It will be available in six languages, including Turkish and Arabic, according to reports.

On January 7, the Paris office of Charlie Hebdo was attacked by gunmen. Twelve people were killed and 11 others were injured. The two terrorists responsible for the attack were killed by the police forces. A third suspect turned himself in.

Shortly before the attack, the magazine posted a caricature of the Islamic State jihadist group leader on its Twitter page. Charlie Hebdo previously received threats from radical Islamists over its caricatures featuring the Prophet Muhammad.

UK Charlie Hebdo Distributors Quiet About Distribution of Next Edition