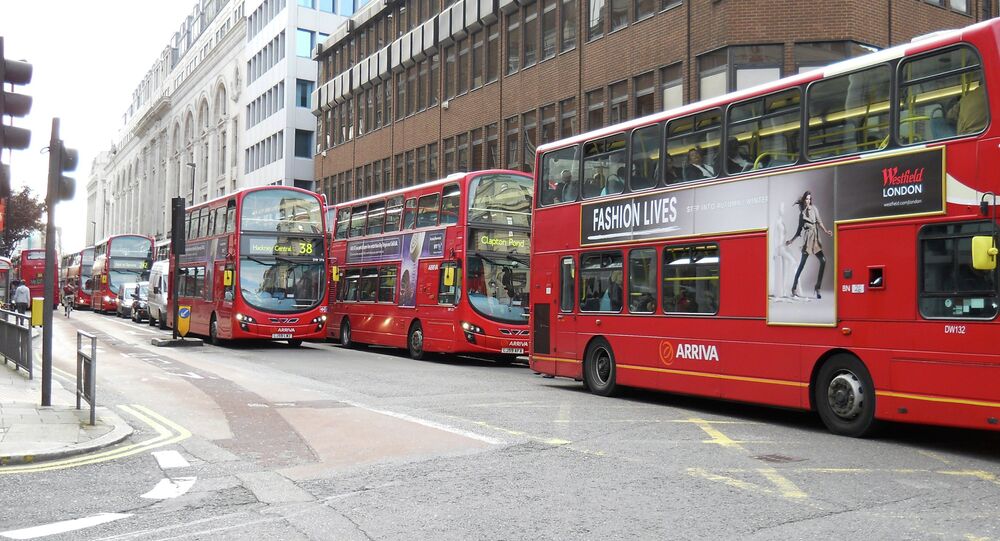 UK Charlie Hebdo Distributors Quiet About Distribution of Next Edition

UK distribution companies that plan to deliver the latest edition of Charlie Hebdo, which has been dubbed the "survivors" edition, have refused to answer questions on the implications of distributing the magazine in Britain.

EDINBURGH, January 13 (Sputnik), Mark Hirst – UK distribution companies planning to deliver the latest edition of French satirical magazine Charlie Hebdo are refusing to be drawn on the security implications of their decision.

© AFP 2020 / PHILIPPE DUPEYRAT
Upcoming Charlie Hebdo Edition to Be Available in Three Languages
"Unfortunately we have no comment on that at all," a spokeswoman for COMAG, who refused to give her name, told Sputnik.

"All we are saying is that we are handling the title, but we are not making any further comment on it," Rebecca Hedge of Smith News told Sputnik.

Asked if the company had distributed Charlie Hebdo in the UK before the attacks in Paris, Hedge said, "I can't say anything further."

Menzies Distribution also declined to take questions on their decision to distribute the magazine, but instead issued a statement.

Shedden added that the company did not expect security issues but would still take precautions to ensure the safety of the employees.

The edition of the magazine due to come out Wednesday dubbed the "survivors" edition, controversially depicts the Prophet Muhammad and has led to warnings from radical Islamic preachers of "repercussions".

Charlie Hebdo is known for its cartoons mocking political and religious figures. The new issue is anticipated to have a circulation of as high as three million copies, significantly higher than its usual 60,000 print run, with the issue translated into English, Spanish and Arabic, according to the magazine staff.

CORRECTION: The original version of this article incorrectly stated that Smith News was the distributive wing of WHSmith. WHSmith and Smiths News demerged in 2006 and are thus not party to each other in anyway.