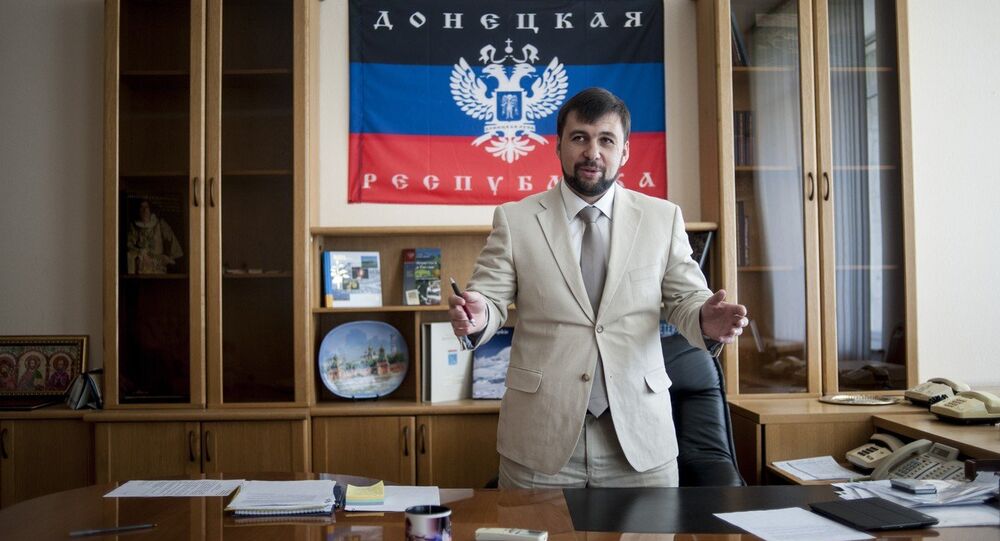 Denis Pushilin, the DPR envoy, says it is impossible to think about solving the Ukrainian crisis without sustained ceasefire. Despite the agreed upon ceasefire, both sides have accused each other of the truce violations.

DONETSK, January 13 (Sputnik) — The failure to ensure sustained ceasefire regime in eastern Ukraine leads the standoff between Kiev and self-proclaimed Donetsk and Luhansk people's republics to a deadlock, leaving in doubt the prospects of future peace talks on Ukrainian reconciliation, the DPR envoy at the talks said Tuesday.

© Sputnik / Igor Maslov
Kiev Has Unilaterally Scrapped Ceasefire Regime: Donetsk Leader
"Without the ceasefire, the situation is heading to a deadlock, making further political talks in Minsk as well as higher-level talks in the 'Normandy format' impossible," Denis Pushilin said.

"It will certainly not help the de-escalation of the conflict [in eastern Ukraine]," Pushilin said.

The Kiev forces and the independence supporters of Ukraine's east agreed to a ceasefire in September 2014 during talks in the Belarusian capital of Minsk. The negotiations were mediated by the Organization for Security and Co-operation in Europe (OSCE) and Russia.

Despite the agreed upon ceasefire, the warring sides have accused each other of the truce violation since then.

Earlier on Monday, Russian Deputy Foreign Minister Grigory Karasin expressed hope that the Contact Group on Ukraine, which includes representatives of Russia, the OSCE, Kiev, as well as DPR and LPR, would meet again by the end of the week. The "Normandy format" countries, comprising Russia, Ukraine, Germany and France, are expected to meet for a summit in Astana in the coming days.