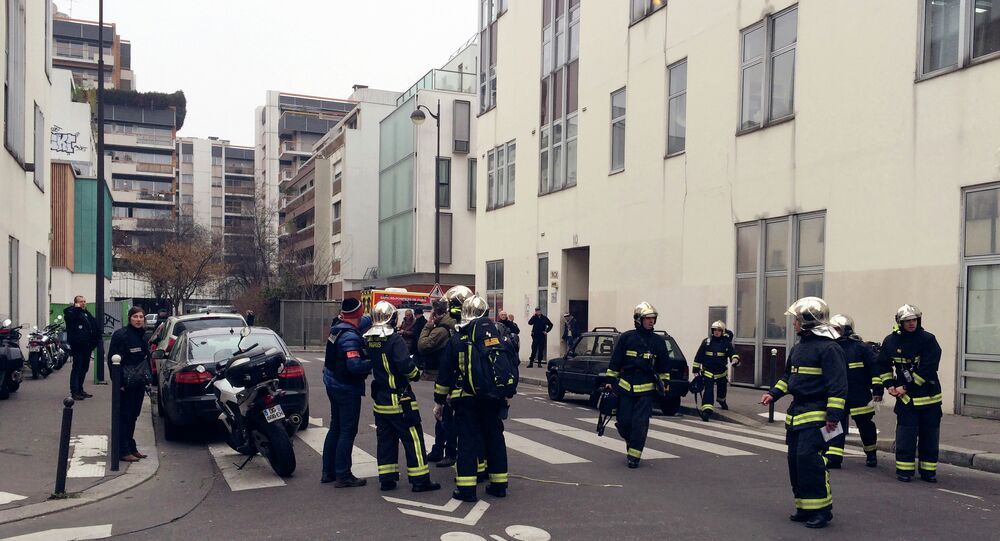 According to Charlie Hebdo editorial staff, the next edition of the journal will be on sale for two weeks and available in English, Spanish and Arabic. Earlier, the satirical magazine reported it would not change its style.

MOSCOW, January 13 (Sputnik) — The next edition of French magazine Charlie Hebdo will be on sale for two weeks, with the issue translated into English, Spanish and Arabic, the editorial staff of the magazine said Tuesday.

© AFP 2020 / RONALDO SCHEMIDT
Charlie Hebdo to Keep Same Line After Terror Attack: Magazine’s Journalist
"It will stay on sale for two weeks in the kiosks, there'll be three million copies… and it's translated into three languages – English, Spanish, and Arabic," the Charlie Hebdo journalists said during a news conference broadcast by Sky News.

They noted that there would also be a version of the magazine sold in Italy, and that editors also hoped to release the new edition in Turkey.

On January 7, the Paris headquarters of Charlie Hebdo were attacked by terrorists who killed 12 people, 10 of whom were the editorial staff of the weekly. The attacks caused an international outcry, with more than three million people participating in a unity march held in Paris on Sunday.