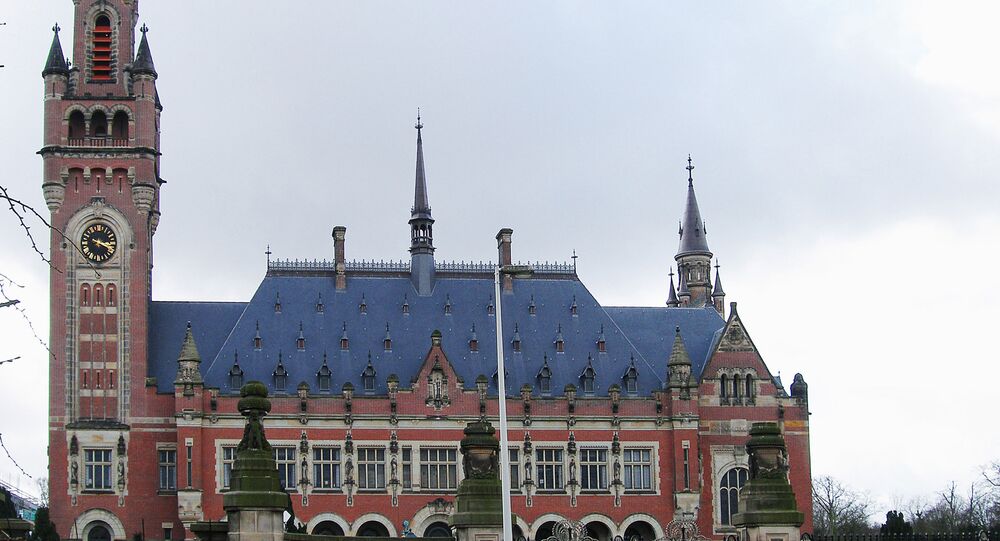 The International Criminal Court in the Hague has received a report from the Moscow Red Cross regarding the war crimes committed by Kiev officials in the east of Ukraine.

"An answer came from the public prosecutor of the ICC in The Hague, that our application of an investigation into the facts of crimes against humanity, committed by Ukrainian officials, has been accepted for consideration…," Trunov told RIA Novosti.

"We are putting a question regarding the murder, massacre, enslavement, bombing of settlements, pressure by starvation, committed by Ukrainian officials towards civilians," Trunov added.

Ukrainian authorities have also been accused of "persecution on political, racial or religious grounds, the torture of prisoners and other crimes within the jurisdiction of the ICC tribunal."

© Sputnik / Andrei Telichev
Moscow Red Cross Office to Send Humanitarian Aid to Luhansk on December 15
Last month, the Moscow Red Cross sent a statement to the UN Security Council, listing war crimes committed by Kiev officials in Donbas, all of which were in the Court's jurisdiction.

Russia's Investigative Committee, in turn, is investigating a number of cases of genocide against the Russian-speaking population of Donetsk and Luhansk.

According to the latest UN data, more than 4,7 civilians fell victim to the armed conflict in Donbas, more than 10 thousand were injured. Kiev and independence supporters signed a ceasefire agreement on September 5 in Minsk with the mediation of Russia and the Organization for Security and Co-operation in Europe (OSCE), but the truce has been regularly violated.