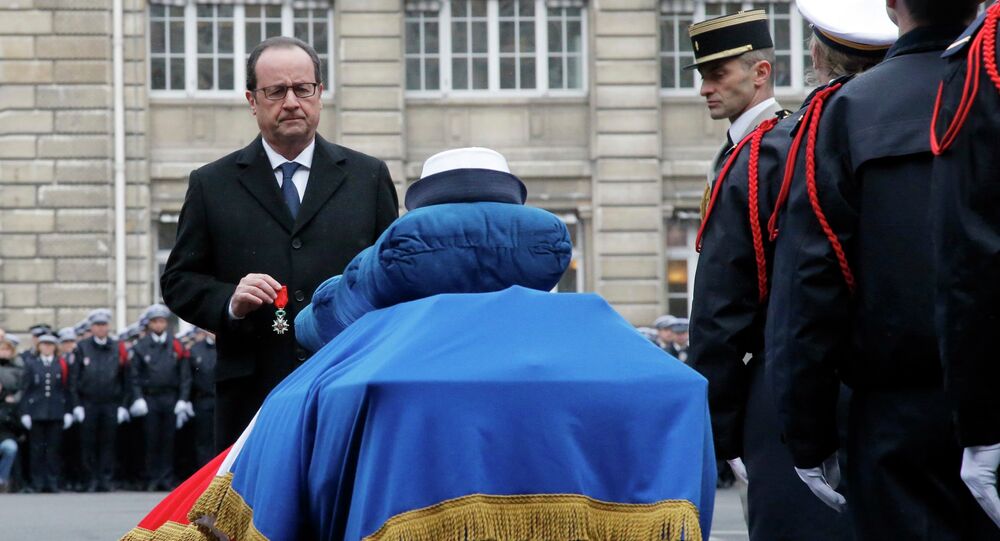 French President Francois Hollande along with other members of the law enforcement community attend a ceremony of honoring three police officers killed during the recent terrorist attacks.

All police officers were posthumously awarded the National Order of the Legion of Honor, the highest decoration in France.

Two of the three police officers, Franck Binsolaro and Ahmed Merabe, died in the gun massacre at French magazine Charlie Hebdo on January 7. The following day, female police officer Clarissa Jean-Philippe was shot dead in the Paris suburb of Montrouge. On January 9, several people were taken hostage in a kosher food supermarket in eastern Paris, with four of the hostages killed.