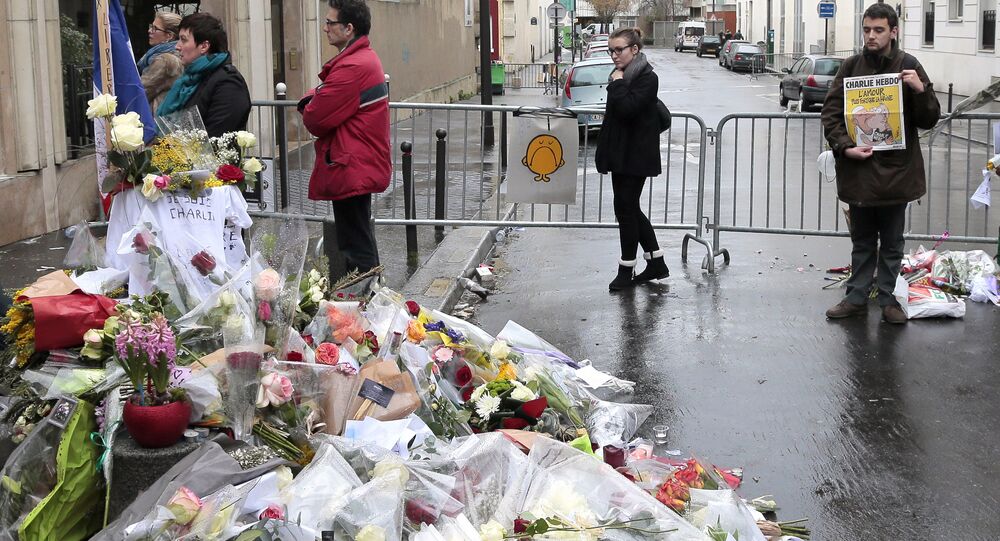 Depiction of Prophet Muhammad is to cover the new issue of the Charlie Hebdo magazine, French media report.

The cover of the newspaper shows a cartoon of the Prophet Muhammad holding a banner reading “Je suis Charlie” (“I am Charlie”), below the words “tout est pardonne” (“all is forgiven”).

On Monday, Charlie Hebdo's lawyer Richard Malka announced that the next issue of the magazine would feature satirical cartoons depicting the Prophet Muhammad as well as other humorous subjects. The new issue will have a circulation of one million copies compared to the usual figure of 60,000.

Charlie Hebdo’s office in Paris was attacked by two Islamic extremist gunmen who killed 12 people and injured 11. The newspaper previously received threats from radical Islamists for publishing caricatures of the Prophet Muhammad.

On Sunday, a unity rally in Paris attended by more than three million people called for an end to extremist violence worldwide.