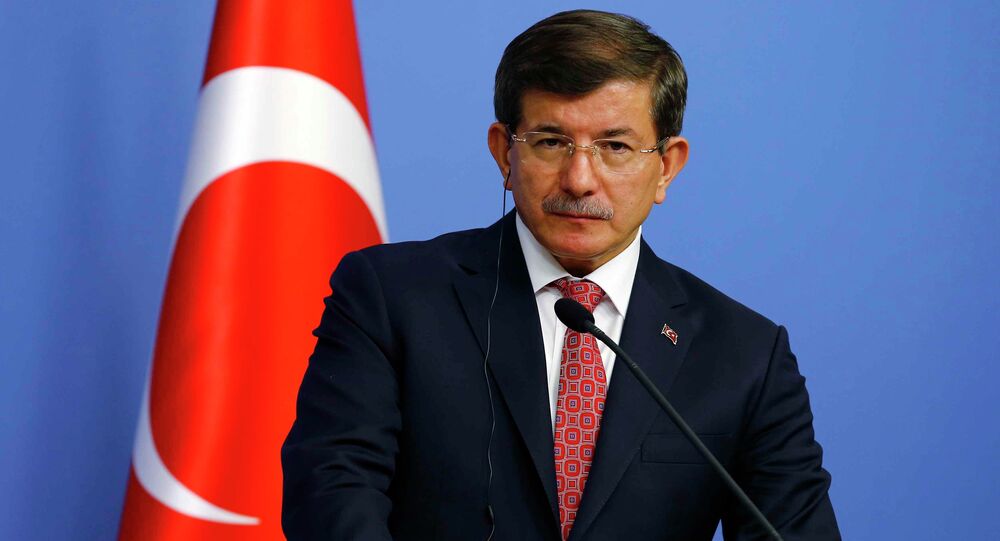 Turkish PM: Paris Rally Is a Message That Everyone Must Defy Terror Threat

Turkish Prime Minister Ahmet Davutoglu praised the rally against terror in Paris, adding that he would expect a similar reaction to attacks on Muslims and Islamophobia.

MOSCOW, January 12 (Sputnik) –Turkish Prime Minister Ahmet Davutoglu praised the extraordinary rally against terror in Paris as a strong message to the world, adding he would expect a similar reaction to attacks on Muslims and Islamophobia, reports AFP.

© Flickr / arwcheek
No Proof Paris Gunman's Girlfriend is in Turkey: Prime Minister
For Turkey the attendance of Davutoglu, one of the top Muslim leaders at the rally, was seen as hugely symbolic gesture considering that Charlie Hebdo had often ridiculed the Prophet Mohammed.

“It is a message to the whole world that everyone must confront the threat of terror,” Davutoglu told reporters at the Turkish embassy in Paris in televised comments, as reported by AFP.

“We would expect the same sensitivities to be shown to attacks on mosque or Islamophobia,” he added after attending the rally which got together over a million people in Paris alone.

© REUTERS / Patrick Kovarik/Pool
Paris Attacks: Hollande to Hold National Security Meeting Monday
Davutoglu praised a comment by French President Francois Hollande that “these fanatics (who carried out the attacks) have nothing to do with Muslim religion” as being of the “utmost importance”.

He noted that the attackers had not grown up in Muslim countries but “in Paris” and it was this environment that should be examined. He also added that Turkey has similar values as far as eradicating terror is concerned and there should be no double standards.

Davutoglu’s attendance at the rally received some criticism on social media with critics saying Turkey’s record on press freedom meant his attendance was far from welcome, reports AFP.