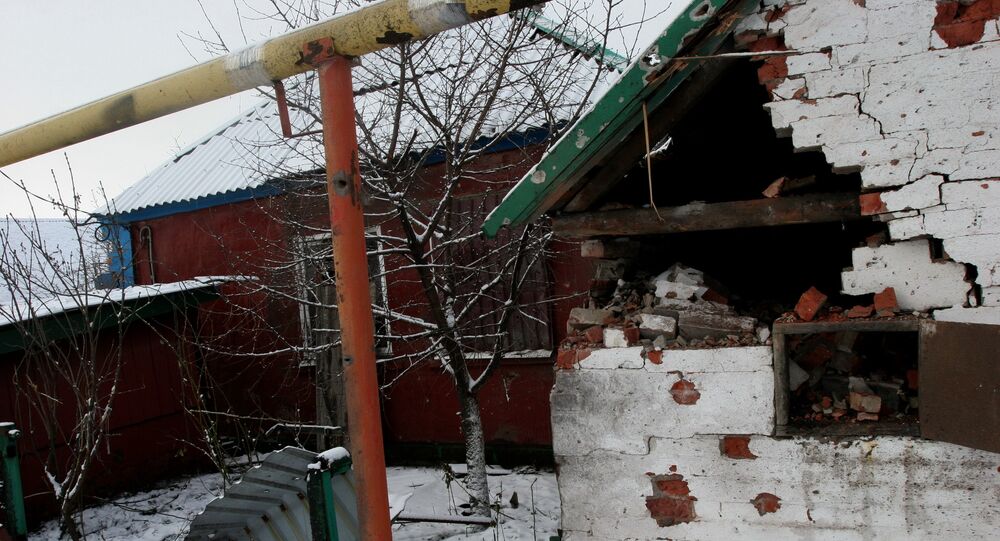 The leader of the self-proclaimed Donetsk People’s Republic states that the recent actions by Kiev have returned the situation to the pre-ceasefire period.

“Donetsk has returned to the same time before there was a ceasefire called. Ukraine has shown with its actions that it has unilaterally scrapped the ceasefire regime,” Alexander Zakharchenko said.

© AP Photo / Dmitry Lovetsky
OSCE Reports Increase in Ceasefire Violations, Casualties in East Ukraine
Kiev authorities and the independence supporters of Ukraine's eastern regions have been embroiled in an armed conflict since April, when the former launched an offensive to suppress a growing independence movement in the country's east.

In September, the warring sides managed to agree to a ceasefire in Minsk with the mediation of the Organization for Security and Co-operation in Europe (OSCE) and Russia. However, the opposing parties have continued to accuse each other of violating the truce.

On Monday, foreign policy chiefs of Russia, Germany, France and Ukraine are expected to meet in Berlin to speak about the situation in Ukraine and confirm a summit to discuss the matter in the Kazakh capital of Astana on January 15 and 16.