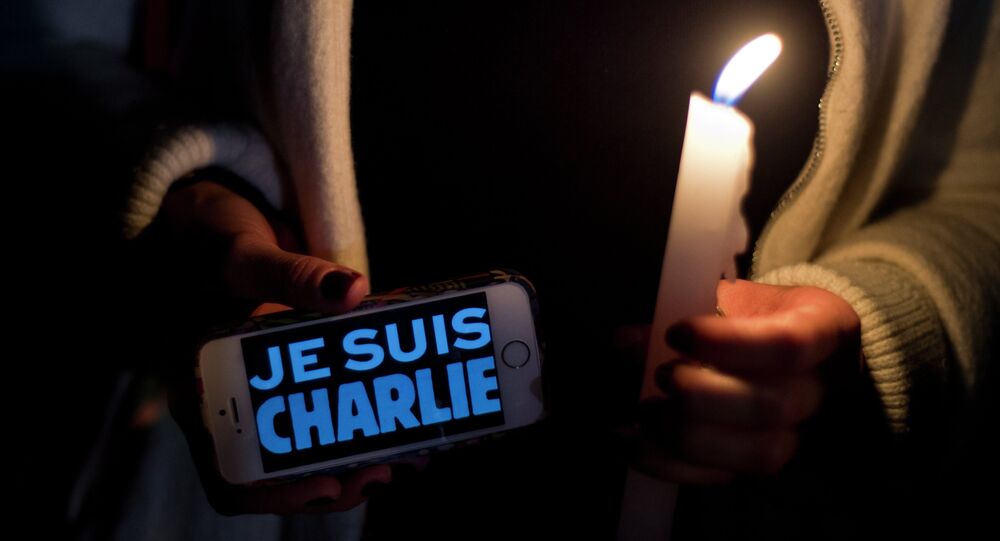 UN Secretary General Ban Ki-moon on Sunday welcomed the march that took place today in Paris in memory of the victims of the terrorist attacks in the city earlier this week.

In a message released late Sunday, the UN chief said he "welcomes the march that took place today in Paris in memory of the victims of the terrorist attacks in the city earlier this week," and expressed the organization's "revulsion" for terrorism.

Ban, who is visiting India, sent his special envoy on Syria, Staffan de Mistura, as a UN representative at the unity march, which drew more than 1 million, with a combined turnout outside Paris close to 2 million.

© REUTERS / Charles Platiau
Unity March in Memory of Paris Terror Attacks Victims Kicks Off in France
Ban renewed his condolences to the families of the victims who died in the attacks on the Charlie Hebdo satirical magazine and a kosher supermarket, and of a policewoman murdered in connection to the deadly shooting at the magazine's headquarters.

The secretary-general said he was "deeply moved by the images of today's march and the displays of global solidarity over the past few days."

On January 7, the five member-states of the UN Security Council unanimously agreed to a statement in which they condemned the "barbaric" and "cowardly" terrorist attacks in France's capital.

In the past week, France has suffered three terror attacks, including one on the Charlie Hebdo's office on Wednesday, the killing of a female police officer on Thursday, and the hostage-taking in a Paris kosher store on Friday.