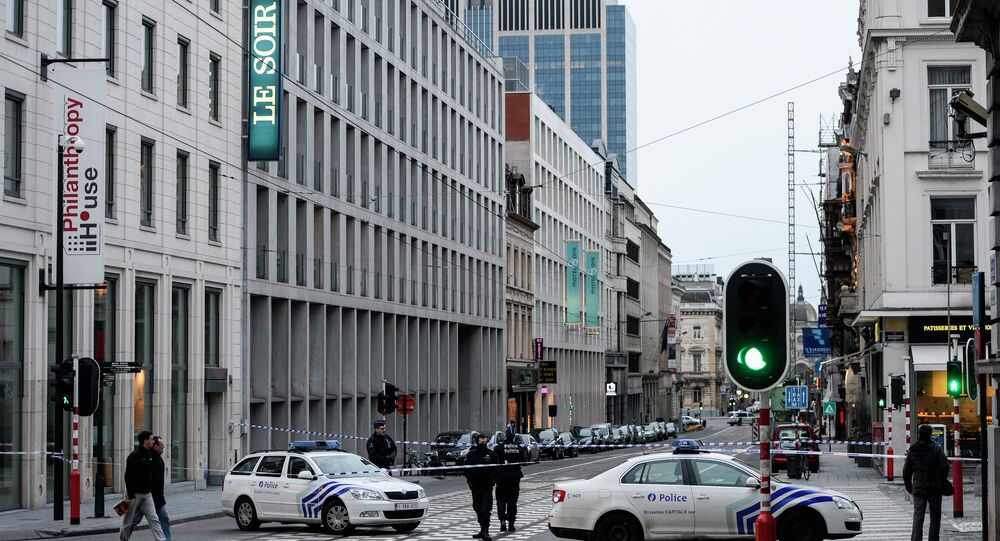 The editorial offices were evacuated after the newspaper’s employees received a suspicious phone call from an unidentified person, who threatened them with a bomb explosion.

© AP Photo / dpa, Bodo Marks
German Newspaper Set Ablaze After Publication of Charlie Hebdo Caricatures
MOSCOW, January 11 (Sputnik) - The offices of the Belgian newspaper ‘Le Soir’, one of the most popular French language newspapers in Belgium, have been temporary closed due to a threat of terrorist attack, according to AFP.

The newspaper recently reissued the French cartoons of Charlie Hebdo, which apparently might have caused a new wave of outrage among radical Islamists.

"An anonymous caller made threats against the editorial side of the paper, after which it was decided to evacuate the building," Maroun Labaki, responsible for newspaper's foreign pages, told the Belga news.

The editorial employees received a phone call on Sunday. After the caller threatened the editorial stuff with a bomb, the newspaper offices were evacuated and the police blocked a nearby road for safety reasons.

The phone call came a few days after the notorious attack on the magazine Charlie Hebdo, during which 12 people were killed and 11 injured.

The incident took place on January 7, 2015, when two gunmen stormed the editorial office of Charlie Hebdo magazine, well-known for publishing satirical articles and cartoons, deriding Islam. The armed men, later identified as brothers Said and Cherif Kouachi, ran away after the attack and were found and killed on Friday by French police some 20 miles northeast of Paris.