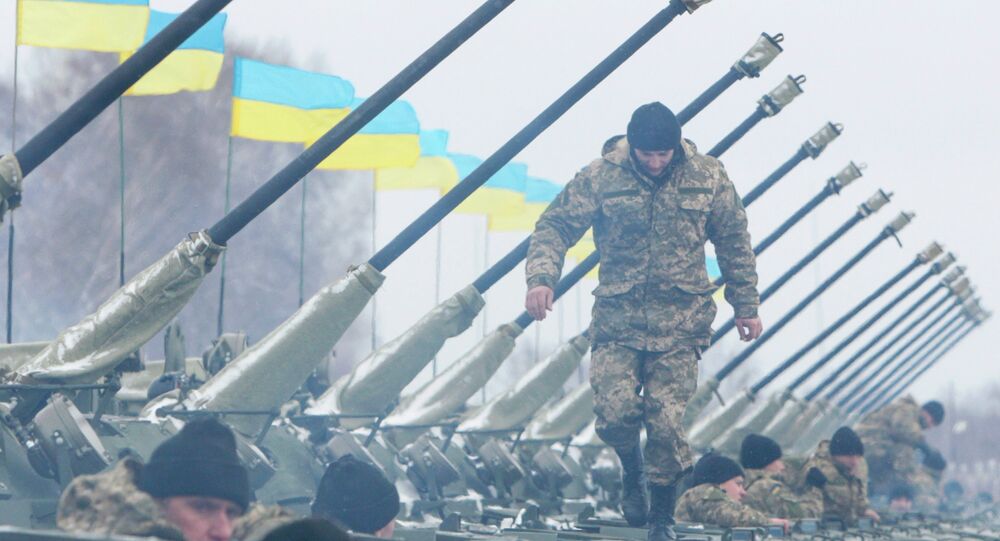 The Donetsk People's Republic representative accuses the Ukrainian Armed Forces of waging war not on the militia but on civilians. The city of Donetsk has sustained the greatest damage.

"Only according to the official data for the entire period of hostilities 2,251 people were killed in the region, of which 35 were children under the age of 18," Morozova was quoted as saying by the Donetsk news agency.

The DPR ombudsperson accused the Ukrainian Armed Forces of waging war "not on the militia, but on civilians who do not wish to leave their homes… which results in the daily mass killings of Donbas civilians."

© Sputnik / Vitaliy Belousov
Contact Group on Ukraine Holds Video Conference Call: DPR Negotiator
Morozova also added that since the beginning of the armed conflict, more than 7,200 infrastructure objects have been damaged and destroyed causing $82 million losses. She noted that the greatest damage was caused to the city of Donetsk, where 4,000 objects worth $52 million were destroyed.

The self-proclaimed republics of Donetsk and Luhansk have been involved in an ongoing confrontation with the Kiev forces, which have launched a military operation in the regions over local residents' refusal to recognize Ukraine’s new government, which came to power after a coup in February.