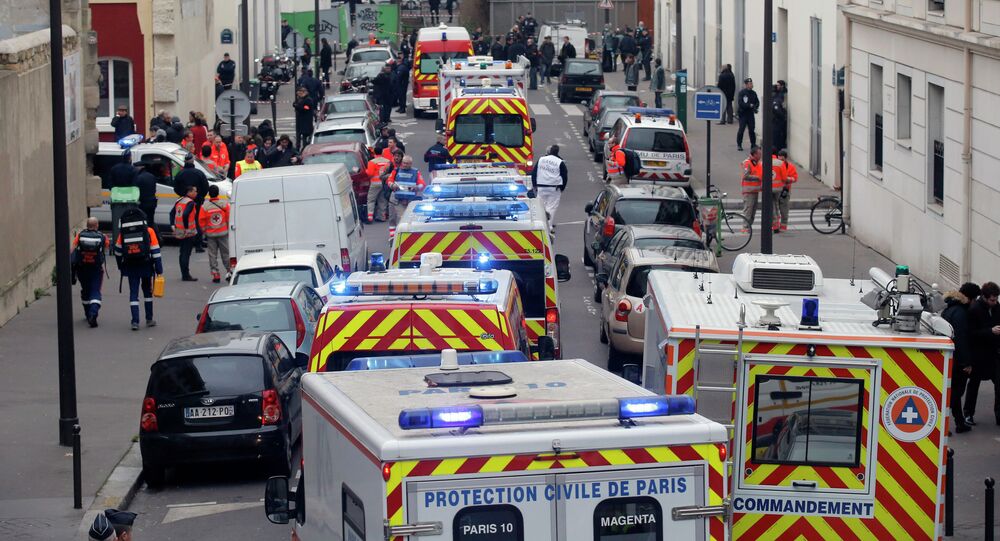 Al-Qaeda in the Arabian Peninsula praised the brutal Charlie Hebdo massacre in Paris and threatened France with more bloodshed.

"Some French were not polite with the prophets and that was the reason why a few of the believers, who loved Allah and his prophet and loved martyrdom, went to them to teach them how to behave and how to be polite with the prophets and to teach them that the freedom of expression has limits and boundaries," al-Nadhari claimed in an audio recording released late Friday, as cited by Al Jazeera.

Remarkably, the AQAP cleric has not claimed responsibility for the attack. However, he "blessed" the raids and the "hero mujahedeen" and labeled the French as "the heads of infidelity who insult the prophets."

© Flickr / Stian Eikeland
Hacktivist Group Anonymous Pledges to Avenge Charlie Hebdo Massacre
"It better for you to stop striking Muslims so you can live in peace. But if you only wish for war, then rejoice, you will not enjoy peace as long as you wage war on God and his prophets and fight Muslims," the sheikh said, addressing the French nation, according to the Associated Press.

It should be noted that earlier on Friday, an unnamed AQAP's member told the Associated Press, that it was al-Qaida in the Arabian Peninsula who organized and directed the bloody assaults in Paris.

Citing the member of the terrorist Yemeni group, the media outlet narrated that the attack was conducted "as revenge for the honor" of Islam's Prophet Muhammad.

"The leadership of AQAP directed the operations and they have chosen their target carefully as revenge for the honor of the prophet," he said, adding that France had been chosen as a target "because of its obvious role in the war on Islam and oppressed nations."

© REUTERS / Handout via Reuters TV
Charlie Hebdo Attack Likely Planned by Al-Qaeda 'Sleeper Cell': Reports
The al-Qaeda member underscored that "crimes" of the United States, Britain and France against Muslims "will backfire deep in their home." The Islamist referred to Osama bin Laden's warning about the "consequences of blasphemy against Muslim sanctities," and claimed that AQAP would continue the strategy of  al-Qaeda's chief Ayman al-Zawahri of "hitting the snake's head… until the West retreats," the Associated Press elaborates.

Experts emphasize that AQAP is the most active arm of al-Qaeda. Al Jazeera notes that one of the attackers, Said Kouachi, involved in the Charlie Hebdo massacre could have been trained and financially supported by al-Qaeda in Yemen. The media outlet points out that Said joined the group in 2011, during his journey to the country, referring to information obtained from Yemeni intelligence officials.

On Friday, January 9, French security forces killed Said and Cherif Kouachi, along with their alleged counterpart Amedy Coulibaly, during a counter-terrorism operation. Although the Kouachi brothers are believed to be linked to AQAP, Coulibaly, who demanded freedom for Said and Cherif after taking about 16 civilians hostage at a Jewish store in northeastern Paris, claimed he had certain ties the Islamic State. He also said that he "synchronized" his assault with the Kouachi brothers according to French channel BFMTV, as quoted by RT. Coulibaly's wife and alleged associate Hayat Boumeddiene is still currently at large.