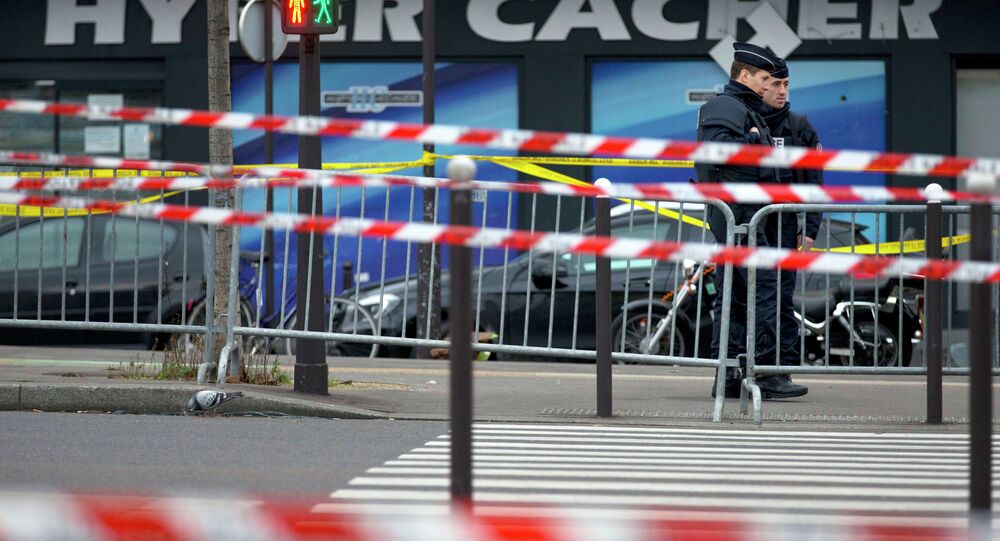 French police are looking for a female accomplice of a man, who took several people hostage at a Jewish supermarket in Paris on Friday and allegedly killed a policewoman a day earlier.

The French authorities described Hayat Boumeddiene, believed to be Coulibaly’s girlfriend, as "armed and dangerous", according to the news agency.

Boumeddiene was allegedly with Coulibaly, when he reportedly killed a policewoman on Thursday. A day later, he took several people hostage at a kosher store, Hyper Cacher, near Porte de Vincennes in Paris. Four of them died before officers stormed the store. 15 people were reportedly rescued.

It remains unclear, whether Boumeddiene was at the Jewish supermarket at the time of the attack.

Twitter/@ArmedResearch
Paris Kosher Shop Hostage-Taker Wants Charlie Hebdo Suspects Freed: Reports
According to the Guardian, Coulibaly also claimed that he "synchronized … operations" with Cherif and Said Kouachi, the brothers responsible for a deadly attack on the office of Charlie Hebdo, a satirical magazine, on Wednesday, which left 12 people killed and 11 injured.

Coulibaly met Cherif Kouachi in jail in 2005, according to the International Business Times. In 2013, the former was sentenced to five years in prison for a failed attempt to help Smain Ait Ali Belkacem, an Algerian Islamist, escape from prison. However, he was released early.

The Kouachis were killed during a police operation in Dammartin-en-Goele on Friday.